Note: The Jets were back on the ice in Winnipeg on Sunday for a practice which still was missing Paul Stastny. They will play one game on this homestand tonight against the Penguins before they head out on the road for three games. Morning skate for Winnipeg gets underway at 10:30 AM CT. Be sure to check back for the pre-game report for the latest news and interviews. Puck drop is at 7:30 PM.  Following the game be sure to join us for the Illegal Curve Post-Game Show.

Note II: The Moose dropped the third and final game of their three-game series yesterday afternoon against the Admirals by a final score 5-2 which kicked off their five-game homestand. While they didn’t get the win still lots of good things from the Jets prospects playing in the contest including David Gustafsson with this move on three defenders, Ville Heinola wired this shot home, during a 4-on-4 situation four Jets draft picks controlled play for 45 seconds and more. They are off today.

Note III: Over in Russia another goal for Jets 2021 5th rounder Dmitry Rashevsky now has 16 goals in 30 games for Dynamo (tied for 3rd most in KHL) He’s got 27 points in 30 games which is 13th overall. Kid is certainly finding different ways to score. See it here.

Note IV: Jets 2018 3rd rounder Nathan Smith continues to have an excellent season for Minnesota State – Mankato. He had a goal and assist this weekend for the Mavericks which gives him 9G 13A for 22PTS in 14 games. That’s good enough for #1 in NCAA scoring. You can see his last goal here.

Winnipeg Sun: Panic not setting in on PK; Stastny could make trip later this week. Well we joked it can only get better from here but that isn’t quite true. Perhaps they should have a chat with their AHL team which has the third best penalty killing units in the AHL. Scott also wrote about Paul Stastny and Patrik Laine’s father.

Winnipeg Sun: Jets welcome Crosby, Penguins Monday. Scott’s reason to watch includes the fact that: Sid is back, and the Jets need to snap their slide. He also dicsussed three things about the Pens being: 1) Goalie Tristan Jarry being on a roll 2) Jake Guentzel being on a hot streak 3) Getting back to full health.

Sportsnet: Dubois proving he’s a No. 1 centre with bounce-back campaign.  This topic and more in Wieber’s latest mailbag. 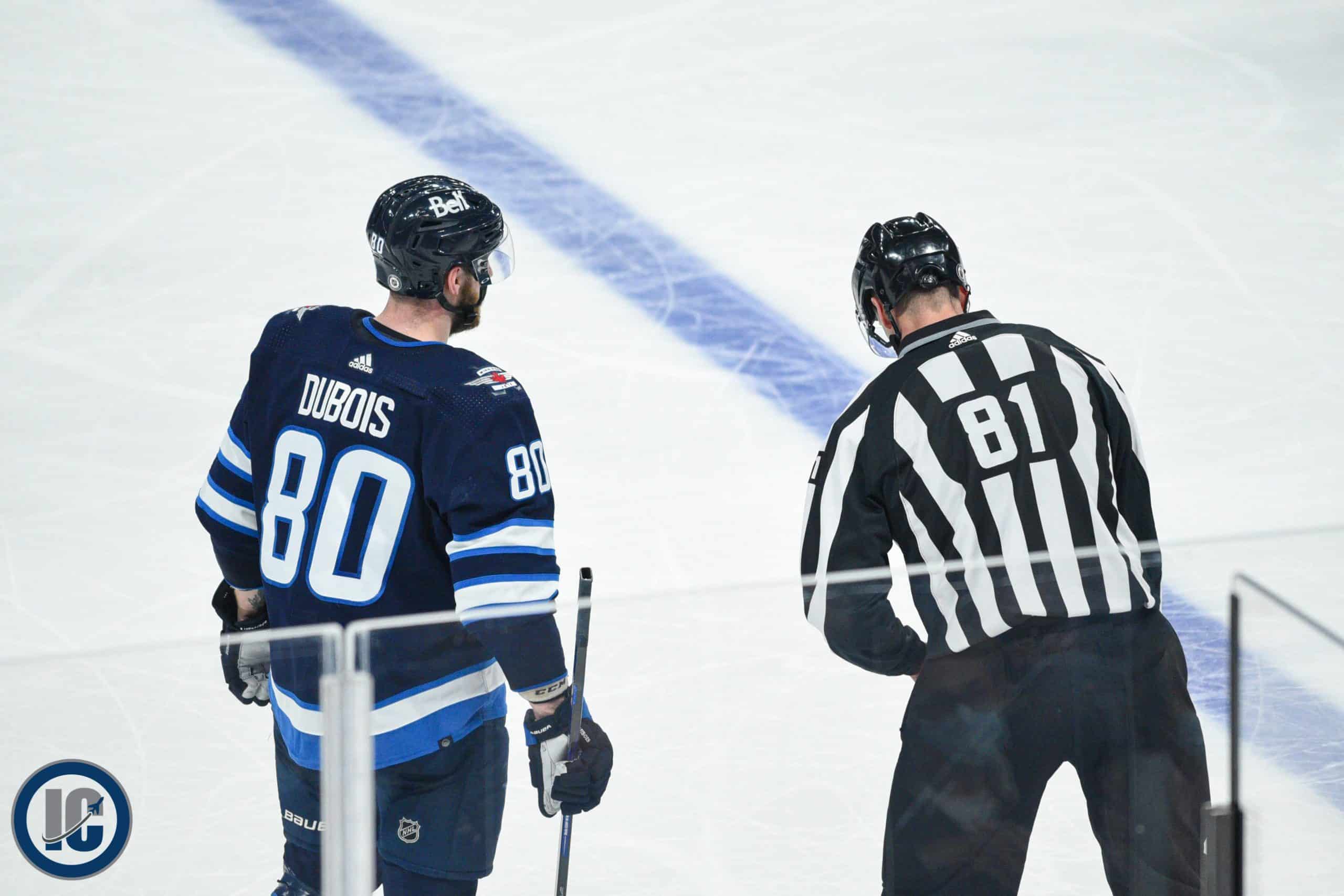 Pittsburgh Post-Gazette: With Sidney Crosby back, Jake Guentzel has rediscovered his scoring touch. Read about what is happening with the Jets opponent.

Illegal Curve: Podcast. Jets week in review. Looking ahead to next week for Winnipeg. Is David Gustafsson ready to have a spot with the Jets? And we chat with Ken Wiebe of Sportsnet for 45 minutes.