The Moose were looking for the three-game sweep of the Admirals in this afternoon’s final game of their mini series. 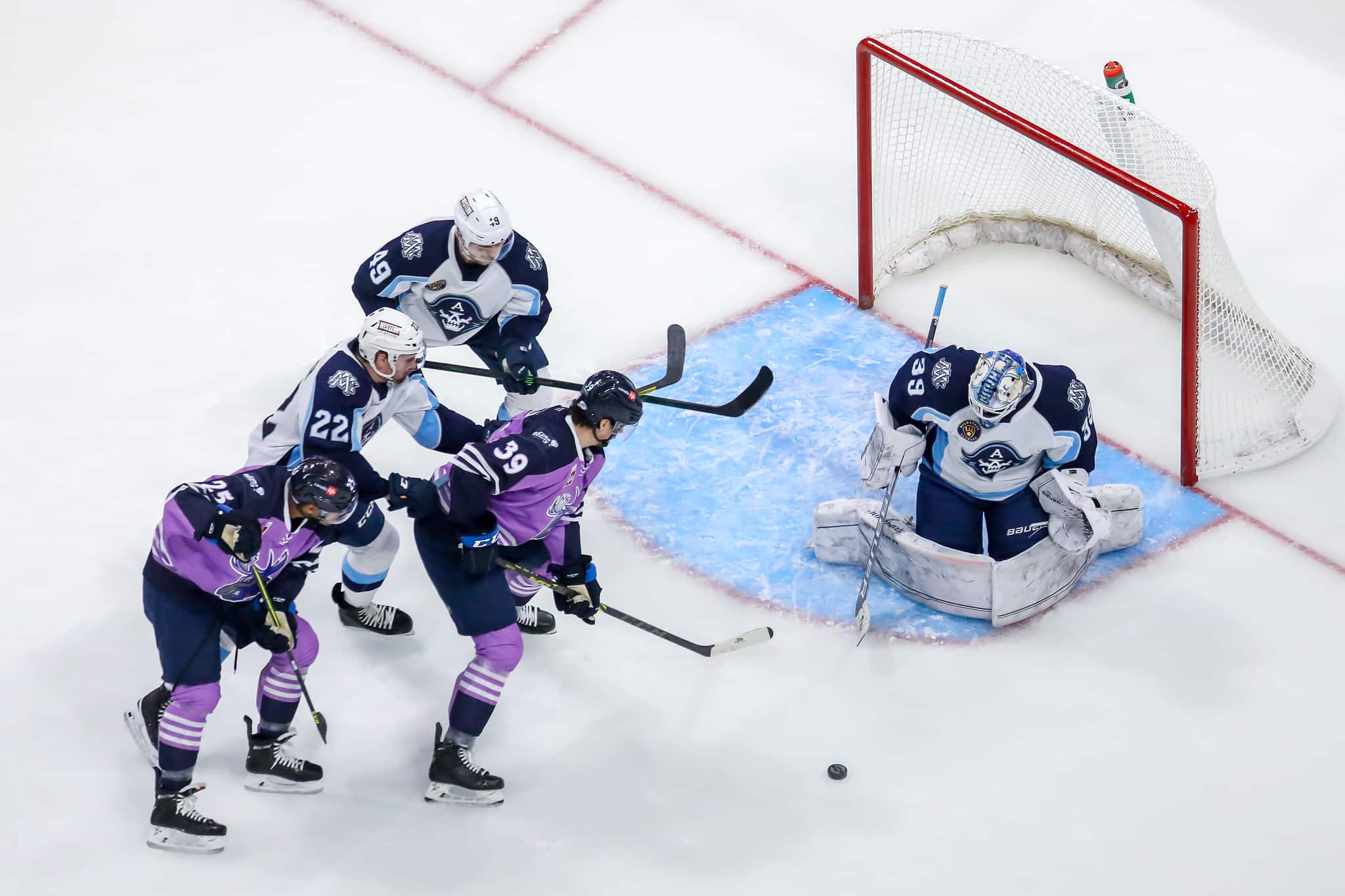 Just prior to puck drop the team announced that forward Mikey Eyssimont is in COVID-19 protocol. Eyssimont has five goals and two assists in 11 games this season for Manitoba.

The team went 11/7 today although that had more to do with getting 2019 2nd rounder Simon Lundmark into the lineup after the prospect has been a healthy scratch the last little bit.

Bit of controversy on the first goal for the Admirals as the replay shows that goalie Mikhail Berdin‘s glove hand was slashed which likely impeded his ability to make the stop. However the 2016 6th rounder probably wants back the second and third goals by Milwaukee.

Jets 2018 2nd rounder David Gustafsson shows off his strength with this move against three defenders but just cannot finish it off.

While we often focus on a forward prospect’s ability in the Ozone a good reminder that it’s important to be able to help out in the Dzone as 2020 1st rounder Cole Perfetti demonstrated.

David Gustafsson and Kristian Reichel have formed excellent chemistry in the AHL which was on display for this shorthanded goal. They are the Moose version of Lowry and Copp.

Kristian Reichel never cheats the game. He works his ass off every single shift.

With the loss Manitoba falls to 9-6-1 which puts them third in the Central.

The Moose will be off tomorrow and then have a week of practice as they get ready to conclude this five-game homestand next weekend when they welcome Texas to town for a pair of games.