The Moose found a replacement for Peter Stoykewych.

The Moose have been without a captain since the end of the 2019-20 season when Winnipegger Peter Stoykewych hung up his skates.  He was the third captain (2 seasons) since the team relocated to Manitoba following Patrice Cormier (2 seasons) and John Albert (1 season). They didn’t name a captain last season in the All-Canadian Division but have done so today naming Jimmy Oligny as the 11th captain (including Moose 1.0) in team history. 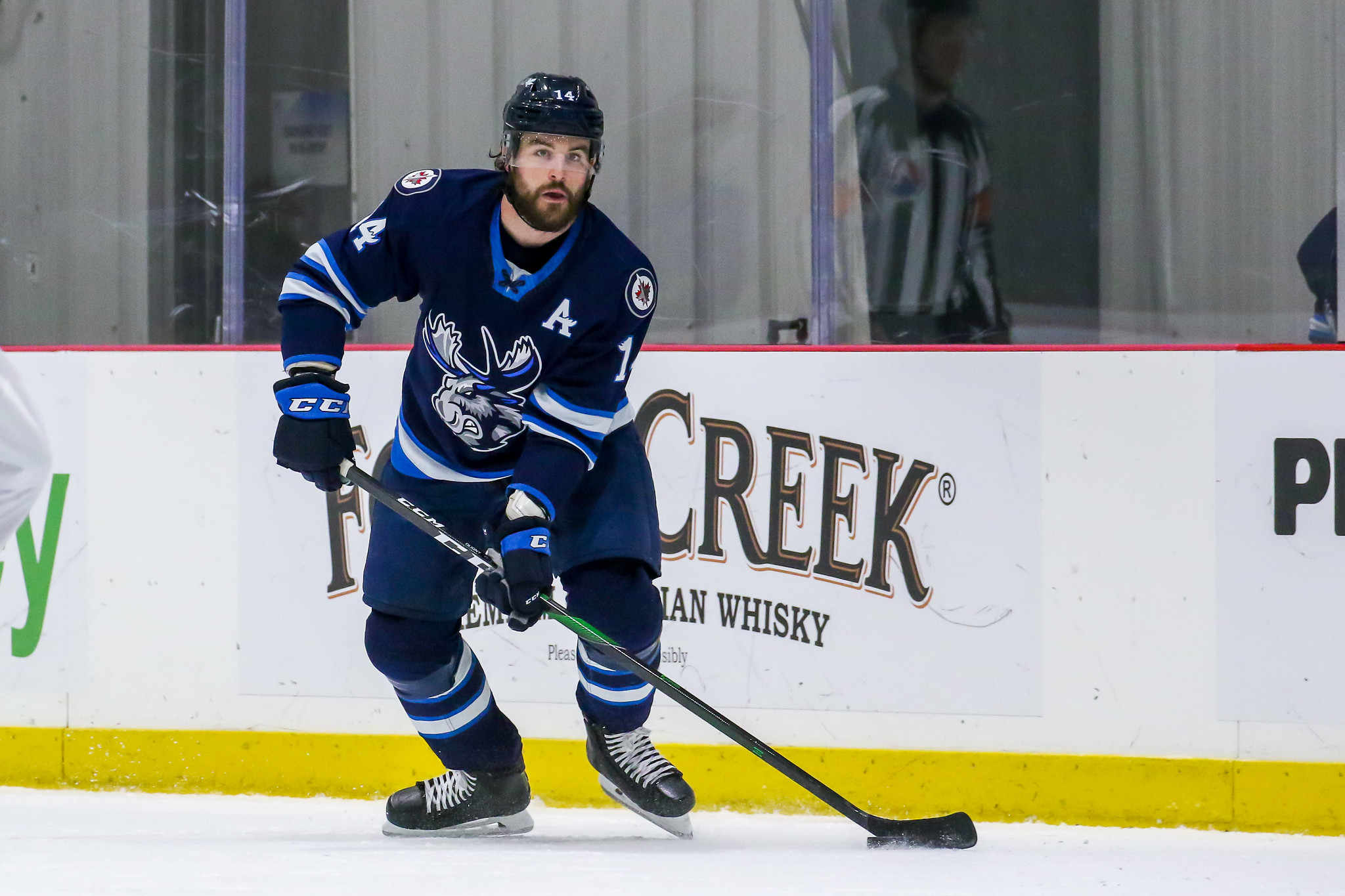 Oligny was acquired by the Jets in a minor league deal with the Golden Knights back on January 3rd, 2019. He has been a leader on and off the ice since his acquisition.

He currently tends to share the ice with a lot of young Jets draft picks providing a veteran eye and his usual sticking up for a teammate presence with a really young group.

In addition to Oligny the team named Cole Maier and David Gustafsson as alternate captains.