The Moose are looking to keep things rolling following last night’s 6-2 win over the Admirals as the five-game homestand continues with their second of three straight against Milwaukee. 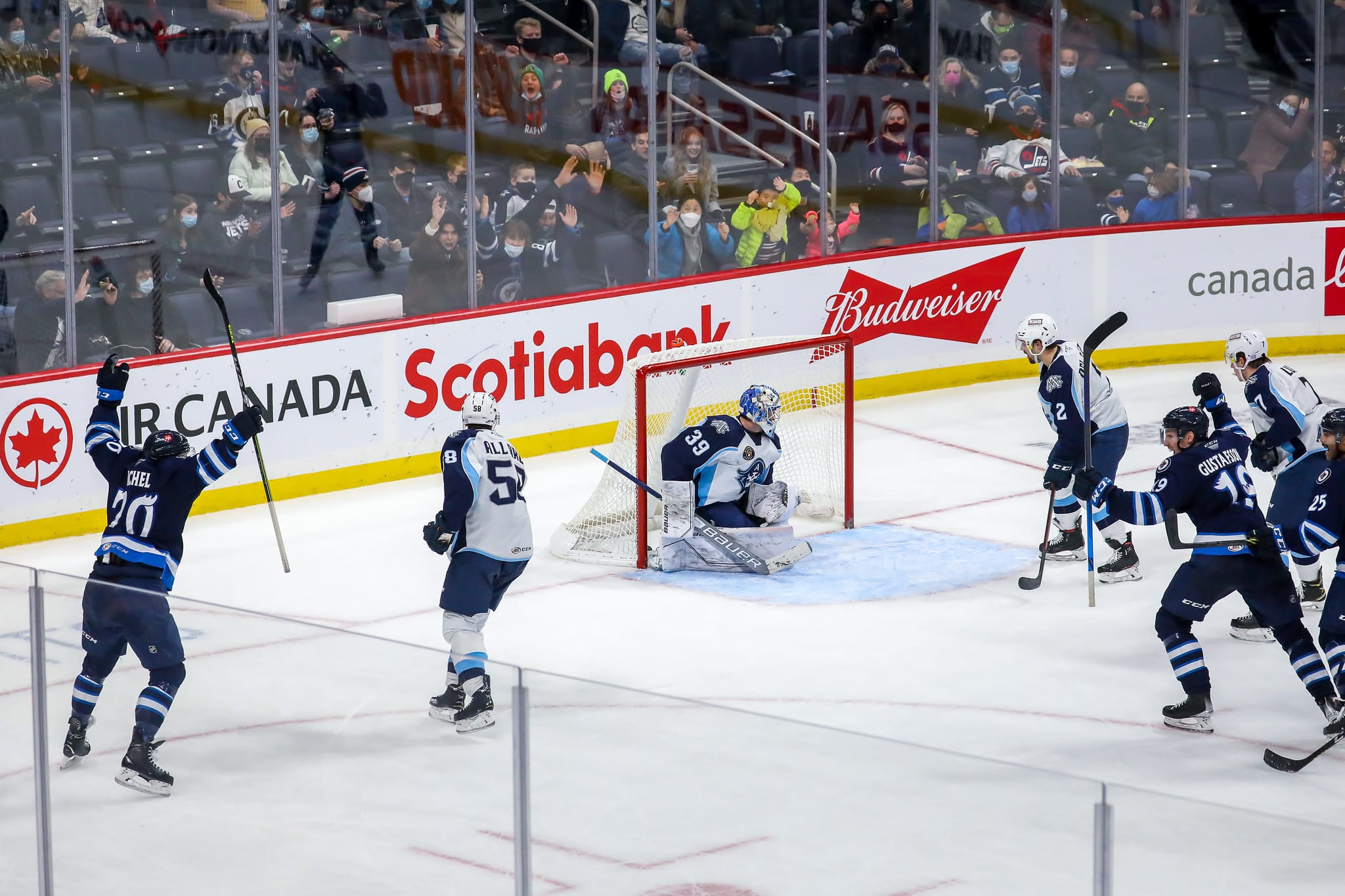 Just a pair of swaps with Arvid Holm getting the net in place of Mikhail Berdin. Also Bobby Lynch was in for Mikey Eyssimont.

One of the elements of David Gustafsson’s game that is readily apparent is the lack of panic with the puck. He doesn’t dish it off when contact is imminent. Really good at shielding it, maintaining possession and then making a smart play.

Defenceman Dylan Samberg looks 100% which is impressive given it is just his second game back.

Coming into this game the Moose had the number 1 penalty kill in the AHL although that slipped to 4th as they did allow a shorthanded goal.

If Cole Perfetti doesn’t run out of real estate this had potential to be a goal of the year candidate.  Still a heck of a move.

In his previous 42 games with defenceman Declan Chisholm had two goals. Tonight he matched that total with these two blasts.

Hard work does pay off as Kristian Reichel with the sharp angle shot gave Manitoba a 4-3 lead with less than one minute to go in the game after the Admirals had comeback from a 3-0 deficit to tie the game 3-3.

The Moose will conclude this three-game series with the Admirals on Sunday afternoon.