Note: The Jets practiced on Wednesday and while they were without a few key contributors it sounds like the Jets bench boss didn’t have any significant concerns. We will have to see what morning skate at 10:30 AM brings as the seven-game homestand continues tonight against the Sharks.  Be sure to check back for the pre-game report for the latest news and interviews.

Note II: The Moose won it 4-3 in OT last night as they outshot the Admirals 60-16 (that’s insane) in 64 minutes and 21 seconds of hockey in Milwaukee. Jets 2017 5th rounder Leon Gawanke had two goals and an assist (including the GWG see here) along with 11 shots on net (dear mama). Solid OT goal call by Daniel Fink. They are travelling today to Grand Rapids where they will finish the six game road trip.

Winnipeg Sun: New-look Jets could soon be a handful once Scheifele, Wheeler break goose-eggs. Getting into the mentality of a team that comes at you in waves with scoring on each line is the way forward for this club.

Winnipeg Free Press: Pionk adds to offence, but puts defence first. (Paywall). While Trouba/Morrissey was a solid pairing for the Jets the addition of Pionk who has continued his rise each year he’s been with Winnipeg as well as having Ville Heinola waiting in the wings in the AHL, has really paid off for a team that knew it couldn’t keep their 2012 1st rounder. 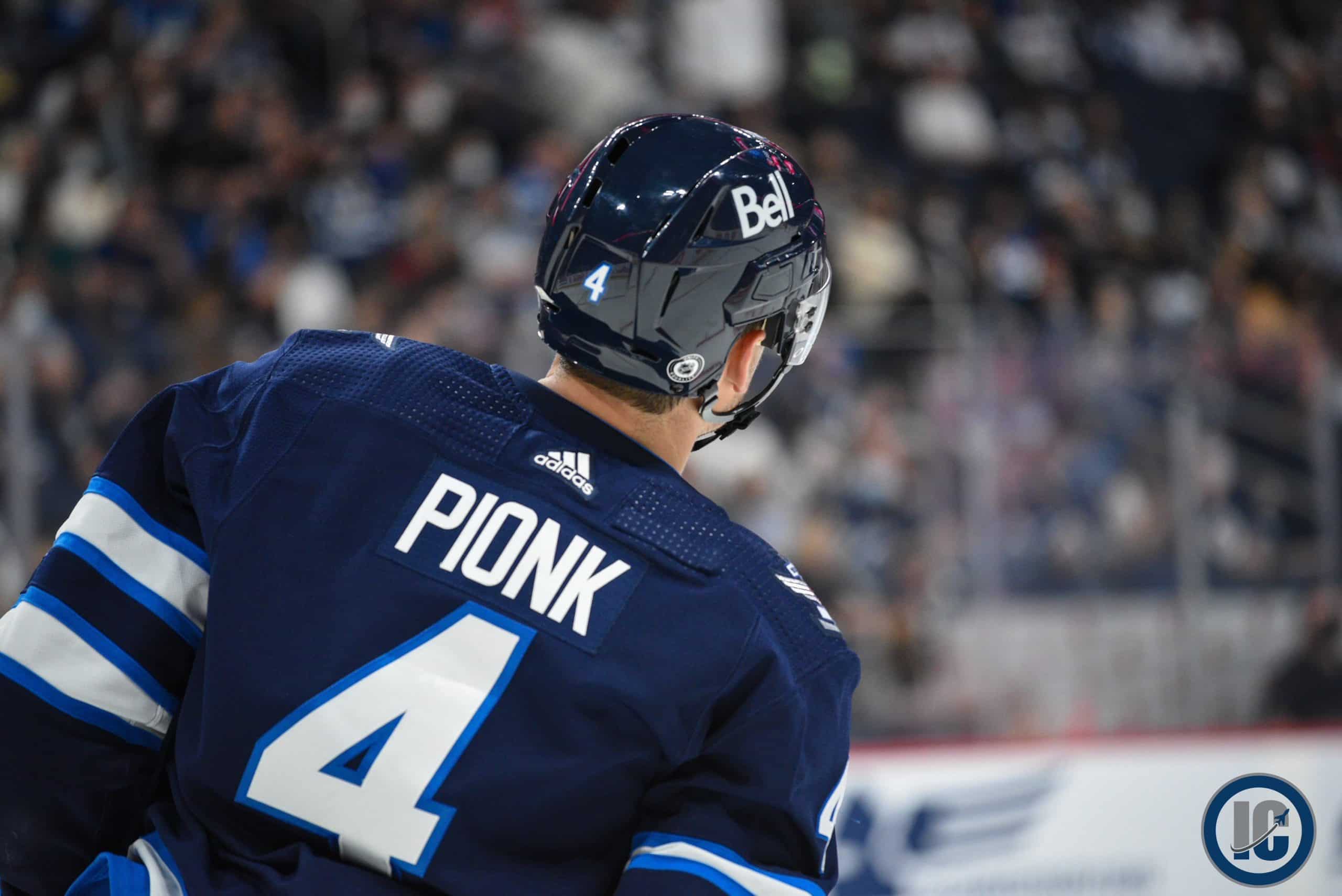 Global News: Pionk’s performance an encouraging sign for Winnipeg Jets’ defence. Numbers 4 and 5 have looked like a more solid tandem of late and the play of Pionk has really started to show.

Sportsnet: Amid snake-bitten season, Scheifele finding ways to grow in different role. Ken wrote about the evolution in the game of the Jets centre as he deals with a tough start to the 2021-22 season.