Note: A second straight day with plenty of news in Jets land on Wednesday as captain Blake Wheeler was able to join his teammates after clearing covid protocols to be on the ice for a practice in Anaheim. We also learned that Jets GM Kevin Cheveldayoff will meet with NHL commissioner Gary Bettman on Monday to discuss the news out of out of Chicago regarding the independent report.

Note II: While Blake Wheeler skated it doesn’t seem likely he is gonna play tonight although the team held an optional skate on Wednesday so we will get a better idea today at pre-game warm up which gets underway at 1:30 PM CDT so be sure to check back for our pre-game report. We do know that goalie Eric Comrie will be getting the start in net for Winnipeg which will be his first start for the Jets since April 2nd, 2019.  Puck drop is at 9:30 PM CDT and join us after the game on the Illegal Curve Post-Game Show.

Note III: The Moose continue to prepare for the Wild from Iowa who they will meet this weekend in Winnipeg in a pair of matinees. Head coach Mark Morrison did provide a health update on a trio of players including Jets 2019 1st rounder Ville Heinola who left last Sunday’s game after the 1st period.

Note IV: The Illegal Curve Locker Room is finally here.  Check out and purchase all your IC branded shirts, hats, hoodies and more which are all made locally here in Winnipeg.

Winnipeg Sun: Everyone who ignored Kyle Beach has blood on their hands. As you can see with that headline Scott has some thoughts about the news coming out of Chicago.

Winnipeg Free Press: Exuberant Comrie ready for first action of season. (Paywall). Been a long, long time since he’s had the Jets net for a regular season game and while there is some consternation about the backup spot I really think with a revamped D and the confidence of his team, that Comrie will be fine in a backup role for Winnipeg. 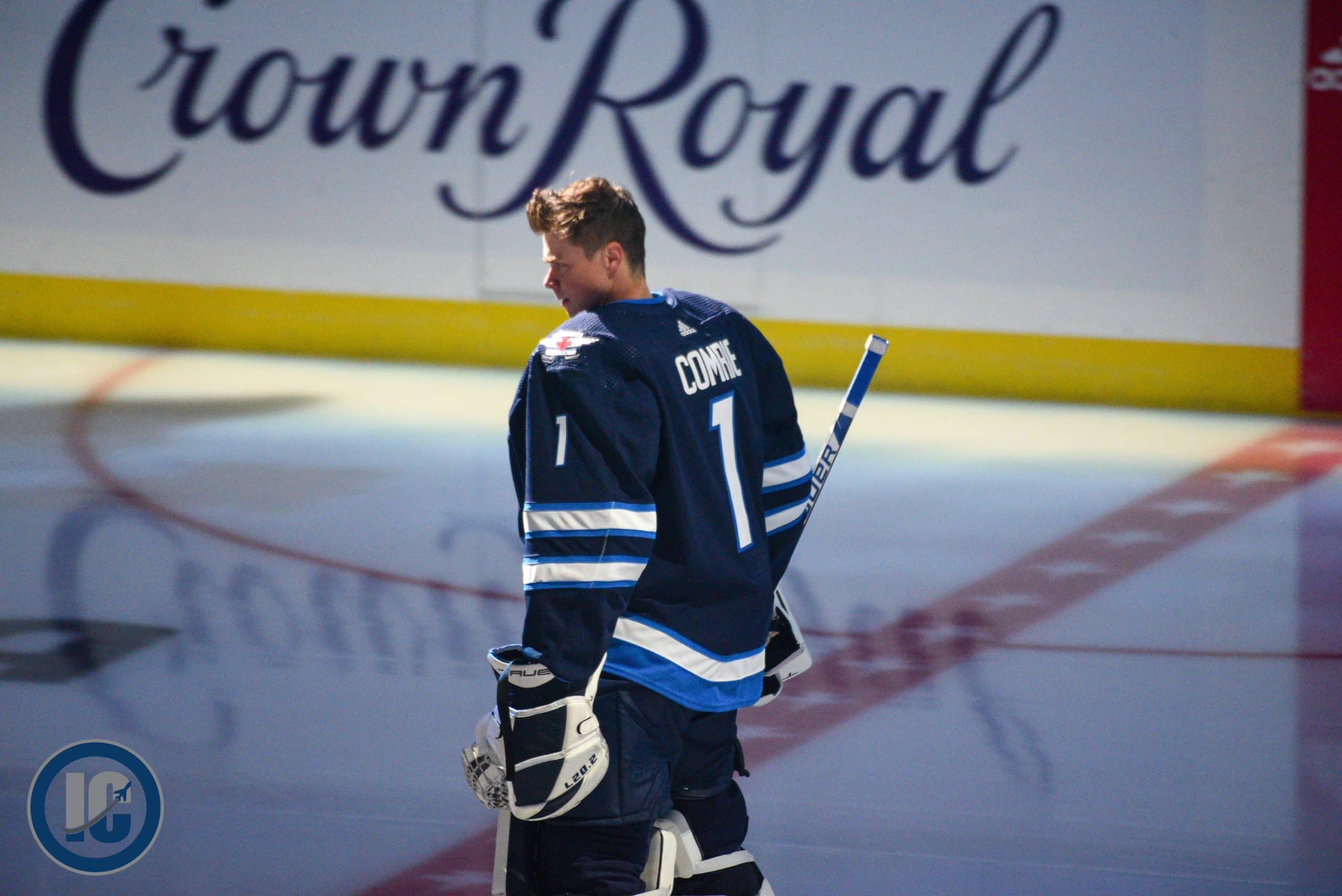 Winnipeg Free Press: True North supports Jets GM. (Paywall). Mike shares some insight on the situation and what he thinks the plan the local NHL club has in place.

Winnipeg Free Press: Wheeler’s return sparks teammates. (Paywall). Jeff is in California and filed this report on Wheeler and provides information on Scheifele as well.

Global News: Global News weekly segment with John Shannon on the Winnipeg Jets. 680 CJOB hockey analyst John Shannon takes a look at what could happen after the GM’s meeting with Gary Bettman. They also discussed Pierre-Luc Dubois emergence this season and the plan for Eric Comrie this season.