Note: It was a relatively quiet day in Jets land after a very busy one the day prior. The team practiced although head coach Paul Maurice didn’t have an update on Mark Scheifele. Today the Jets will look to build on their first win of the season when they face the Nashville Predators in Winnipeg. With questions surrounding Scheifele’s status be sure to check back for the pre-game report once morning skate starts at 9:30 AM.

Note II: The Moose welcomed fans and their first US based opponent in almost 600 days when they took on the Grand Rapids Griffins last night for their home opener. Manitoba took plenty of shots but could only solve Winnipegger Calvin Pickard once in the 2nd period on a bit of a fluky goal by Cole Maier to pick up the win and improve to 2-2-0-0 on the season. They have a matinee re-match against Grand Rapids tomorrow at 2 PM.

Note III: Be sure to join us on the Illegal Curve Hockey Show today at 9:00 am CT on our YouTube channel and social media platforms. Guest include Mike McIntyre (Winnipeg Free Press) and Justin Bradford (PenaltyBoxRadio.).

Winnipeg Sun: Stanley, DeMelo have coach-pleasing chemistry; Scheifele COVID timeline unknown. Scott with some snapshots to get you set up ahead of the game.

Winnipeg Sun: Central rival Predators come to town. Might we see a similar game between Winnipeg and Nashville as we saw when the Jets/Wild renewed their rivalry.

Winnipeg Sun: Jets’ Ehlers looking to make a point. With the chances he is generating for himself and his teammates there really isn’t anything to worry about. 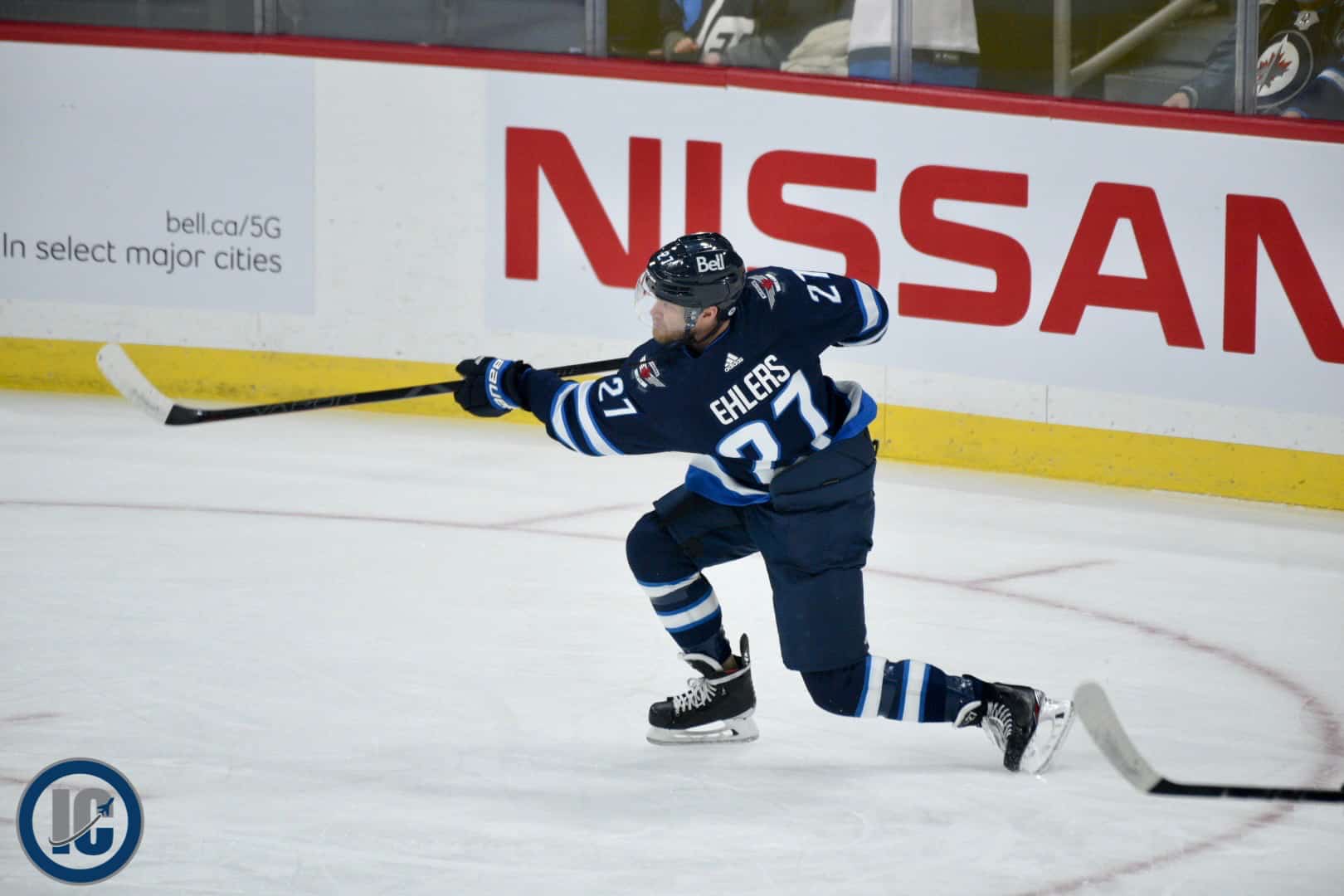 Winnipeg Free Press: Jets’ dandy Dane not worried about early-season scoring drought. (Paywall). As with most things probably best to check back when the team (and the player) have played game number 10.

Winnipeg Free Press: ‘New normals’ of pandemic constantly changing for everyone. (Paywall). While it would nice to be back to normal the reality unfortunately is that this new normal will be here for the foreseeable future.

Sportsnet: Early impressions of Canada’s NHL teams in return to normal divisions. Common theme with those writing about the Jets is that time isn’t yet to hit the panic button.

Sportsnet: Should the Jets be concerned about a quiet start from Ehlers? Sean Reynolds and Ken Wiebe discuss the start of the Winnipeg Jets’ season including the progress of Nikolaj Ehlers and what to expect against the Nashville Predators on Saturday.

Illegal Curve: Moose defeat the Griffins 1-0 in home opener. Check out my recap of the game with a look at the lineup, some noteworthy occurrences, post-game (Cole Maier, Cole Perfetti & head coach Mark Morisson).

Winnipeg Free Press: Gustafsson hungers for success. (Paywall). He was the best skater in the game last night and his faceoff prowess is another asset for this talented Swede.