Note: For a complete look at day 18 of training camp click here and you can watch coach Paul Maurice’s media availability click here. Today they are scheduled to practice at 10 AM. Get updates from day 19 here.

Note II: The other news on Sunday for the Jets was they reduced their roster to 25 players as they assigned David Gustafsson to the Moose and put Nelson Nogier and Dominic Toninato on waivers.

Note III: Missed this from the other night as Jets 2020 6th rounder and Seattle captain Tyrel Bauer put home the game-winner for his Thunderbirds. You can watch it here.

Note IV: The AHL season is drawing closer and today the Moose will face the Bison in an afternoon scrimmage.

Sportsnet: Time is now for Jets to prove their credentials. As I said on yesterday’s Illegal Curve Hockey Show there isn’t a reason this Jets squad shouldn’t be challenging for the Stanley Cup this season. Check out Ken’s season preview for Winnipeg.

Winnipeg Sun: Jets forward Copp getting big opportunity to sell himself on second line. There is quite the opportunity for Copp in a contract year as he is set to become a UFA to show that he deserves to be in that type of role. 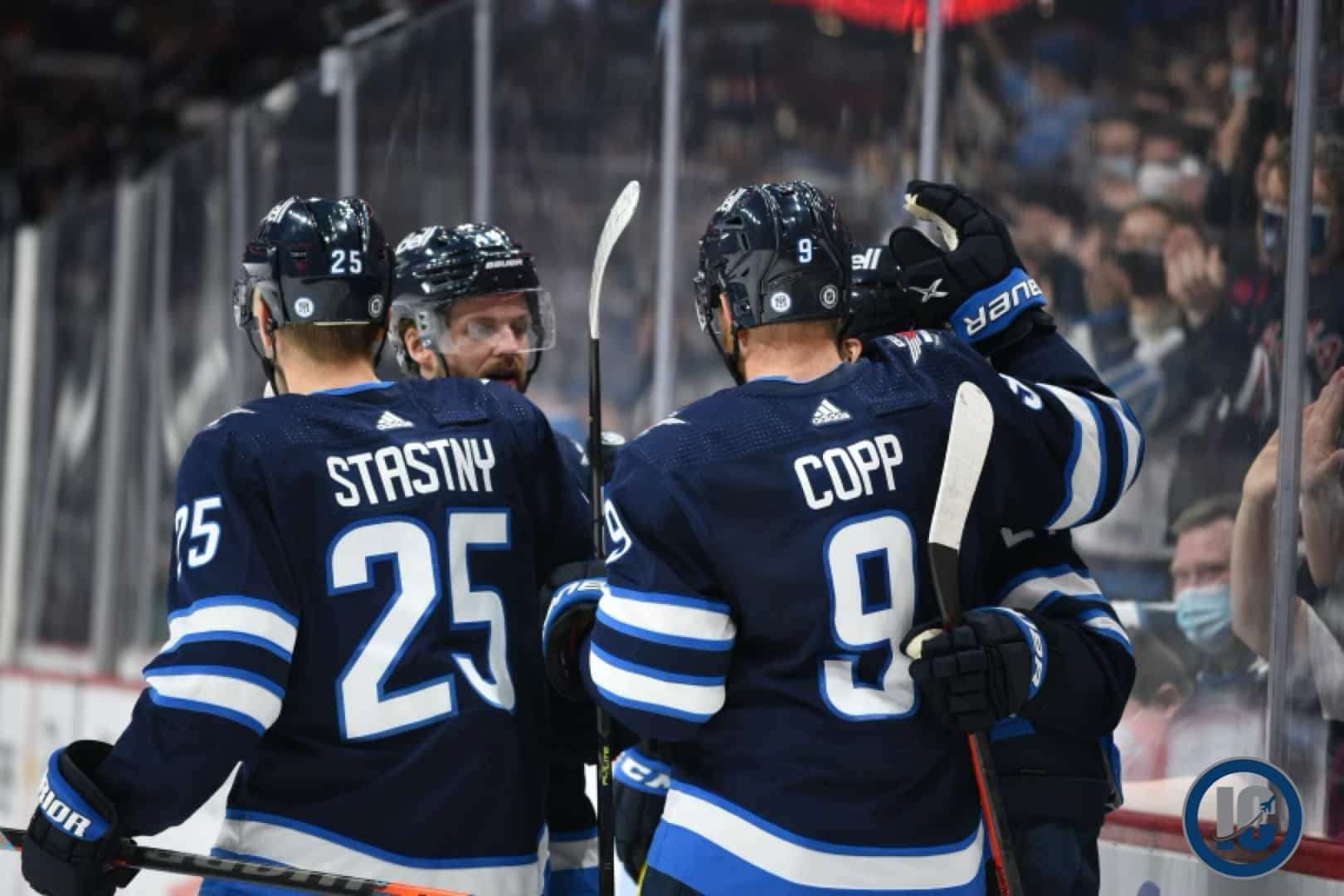 Winnipeg Free Press: Copp welcomes rise on Jets depth chart. (Paywall). We know he works well on the third line in a checking capacity but how will he handle this opportunity.

Winnipeg Free Press: Tinkering, tough choices for Jets on eve of roster deadline. (Paywall). It isn’t easy but largely these decisions will be made for cap reasons with a number of bubble guys.

Sportsnet: Jets Mailbag: Roster taking shape, but not set in stone ahead of Opening Night. You had questions and Wieber has answers.  Check out his latest mailbag.

The Athletic Winnipeg: Jets roster battles: A salary-cap expert weighs in on LTIR, Cole Perfetti and more. (Paywall). The most important man on the Jets team may be assistant GM Larry Simmons who will have a heck of a time dealing with the cap this season. Murat spoke to the guys at PuckPedia for his latest piece to make sense of how Winnipeg can maximize their cap situation.