Note: 40 years ago yesterday Manitobans were heading down to Portage and Main to watch 1st overall pick in 1981 Dale Hawerchuk sign his first contract with Winnipeg. 40 years to the day later the Jets announced a number of initiatives to honour his legacy.

Note II: One of the initiatives which created the biggest buzz is the switch from the Aviator blue as the third jersey to the Heritage classic blue steel. What did you think about it?  Share your thoughts on our Insta account.

Note III: Some more news on Friday morning indicated there was some mutual interest between the Jets and Evgeny Svechnikov.

Note IV:  The Illegal Curve Hockey Show remains on our summer hiatus but we are still posting videos on our official YouTube channel so be sure to hit that subscribe button to ensure you are kept up to date with the latest Jets and Moose videos.

NHL.com: Hawerchuk to be honored by Jets with statue, street renaming. Tim wrote about the big news of the day. 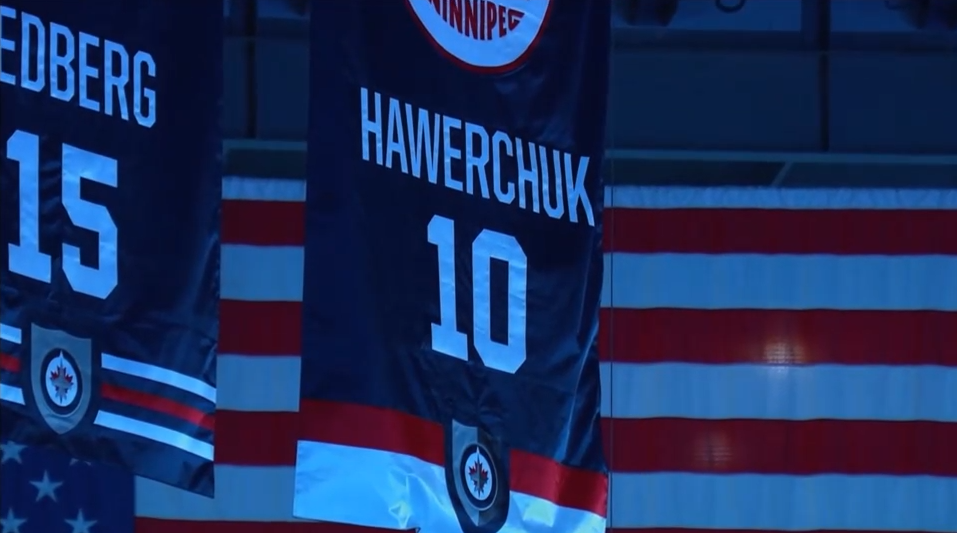 Winnipeg Sun: Jets to honour Hawerchuk in series of tributes. Rather fitting timing doing it 40 years to the day he signed his first NHL deal.

Winnipeg Free Press: Jets owner unveils plans for Hawerchuk statue, street-naming honour. (Paywall). Whether you were connected to the Jets 1.0 or just the present incarnation there is no mistaking the connection this city has to Dale Hawerchuk.

NHL Network:  A chat with Neal Pionk. NHL Tonight had Jets defenceman Neal Pionk on to discuss his new deal with Winnipeg and he shares insight to his head Paul Maurice.

Illegal Curve: Jets sign RFA Johnathan Kovacevic to a one-year contract. This news broke on Thursday but the Jets confirmed it late yesterday that the third year pro (to be) will be back for another season.