Report: Mutual interest between the Winnipeg Jets and Evgeny Svechnikov

The 19th overall pick from 2015 was Evgeny Svechnikov who was selected by the Red Wings. Detroit chose not to qualify him this summer making the Russian winger an unrestricted free agent. First reported this morning by Spinorama Hockey which was subsequently confirmed by Ken Wiebe of Sportsnet that there is mutual interest between the Jets and Svechnikov. 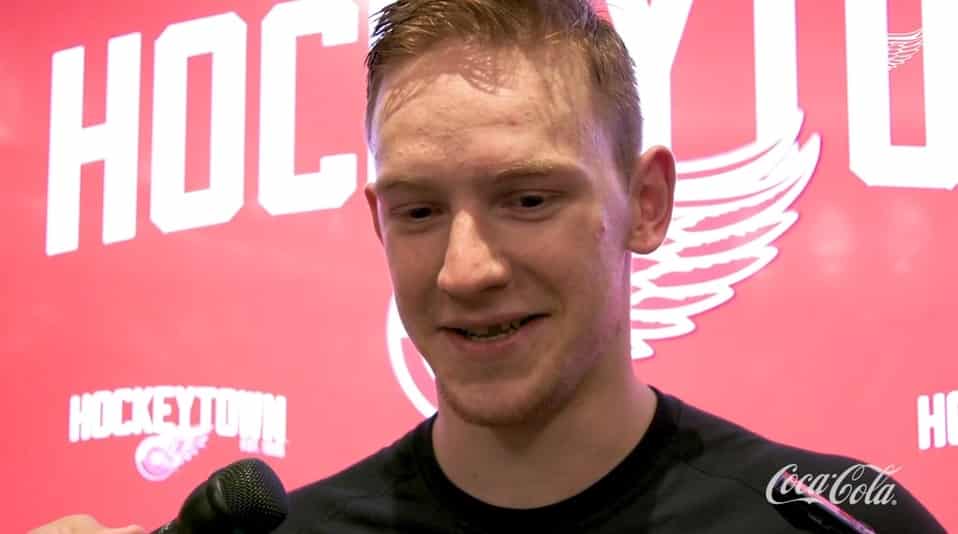 Svechnikov’s played 41 NHL games with the Wings scoring five times and adding seven assists. He’s a left shooting winger who plays on the right side.

You can learn more about him in this article from the Detroit Free Press.