Note: Yesterday was supposed to be focused on Neal Pionk‘s conference call about his new four-year deal with Winnipeg. You can watch his full media availability here.

Note II: However while the Pionk presser was ongoing Elliotte Friedman of Sportsnet announced (which was later confirmed by the team) that the Jets and Andrew Copp had agreed to a one-year contract.  Copp’s media availability was last night and you can watch it here.

Note III: As if this wasn’t enough the day was capped off (no pun intended) when the folks at CapFriendly broke the news that 2017 3rd rounder Johnny Kovacevic, the Jets final RFA, had signed a one-year, two-way deal.

Note IV: Today the Jets announced a number of initiatives to honour the legacy of Dale Hawerchuk including changing the third uniform to the blue steel Heritage Classic.

Winnipeg Sun: Copp avoids arbitration, signs one-year deal with Jets. Interesting insight from the Michigan product from his media availability when it came to questions about arbitration.

Winnipeg Sun: Pionk likes what he sees through Jets’ window. Hard not to given they’ve stabilized the biggest area of concern for the team.

Winnipeg Free Press: Copp gambling on self with one-year deal. (Paywall). There certainly is a risk for him if he isn’t able to achieve the same (or increase) his level of success from last season. However as we saw with the Sharks Kevin LeBanc perhaps there is a little something more coming down the line as he plays the good soldier for this season. Of course Copp also indicated this was a fair deal based on what they projected an arbitrator may have given him for next season. 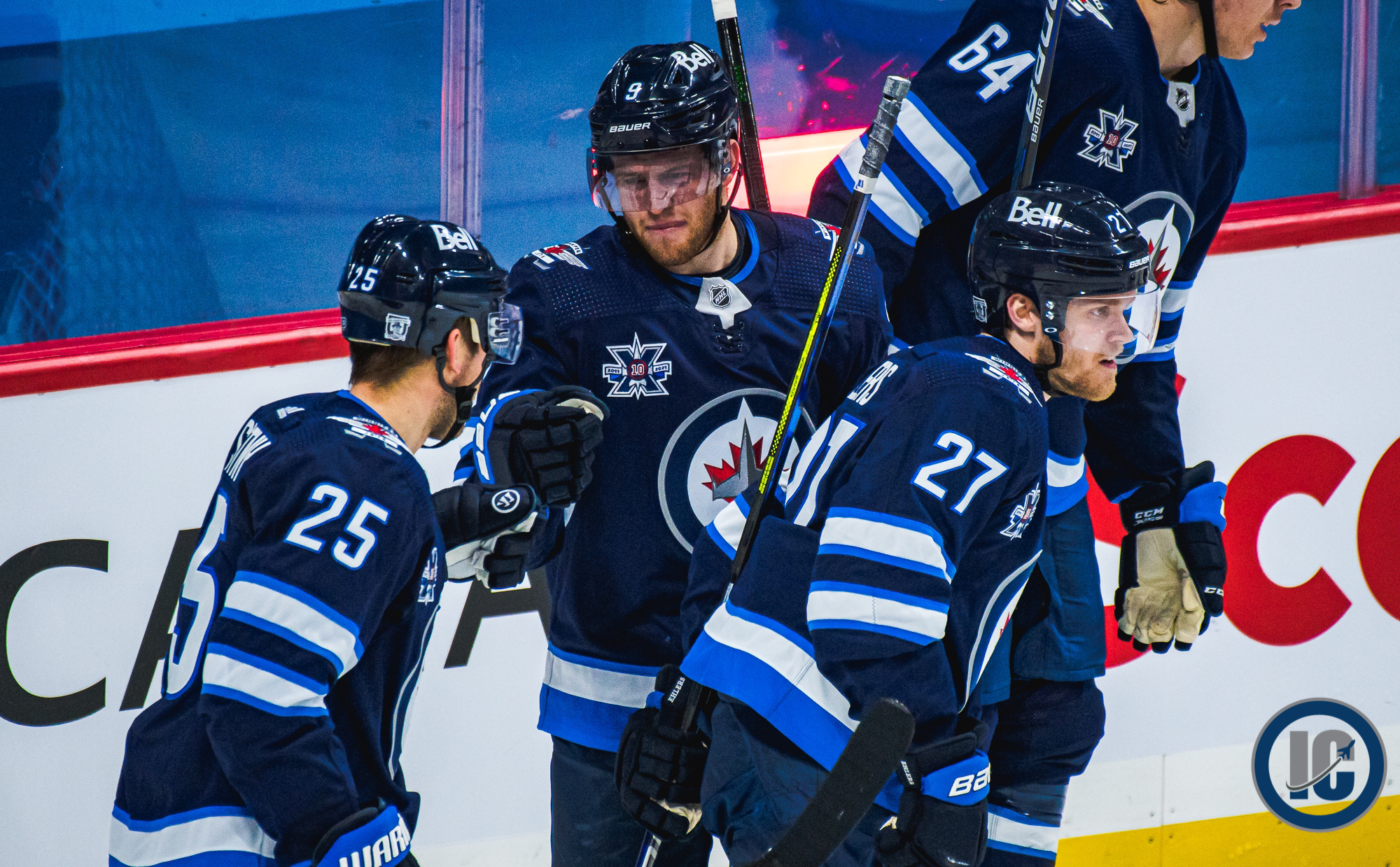 Winnipeg Free Press: Pionk excited about deal to stay with Jets. (Paywall). The excitement was quite evident from the Minnesotan as he spoke about the roster for next season and what he thinks they will be capable of doing.

Global News: Following Copp and Pionk signings, Winnipeg Jets have to make it all fit. Something tells me that AGM Larry Simmons will be earning every dollar of his salary this season trying to make the cap work in Winnipeg’s favour.

The Athletic Winnipeg: The Jets’ cap-space problems and what it means for Andrew Copp’s long-term future. (Paywall). Like Ken below, Murat too was focused on where things stand for the local NHL club and how it will impact number 9 and the team moving forward.

Sportsnet: Jets have options to retain Copp before arbitration despite salary-cap bind. This article by Ken came out in the morning ahead of the Copp news but it still is a good read on the options involved with the multi purpose player.