Note: The Jets were off on Sunday as they continue to await their second round opponent.  While they learned the schedule against either Montreal or Toronto they won’t learn who they will face until later tonight. For now they’ll have to focus on another day of practice which gets underway in Winnipeg at 11 AM.  Be sure to check back for the Practice Report.

Note II: Hard to believe has been ten years since it became official that the NHL was, as Eddie O famously said, ‘Coming back to Winnipeg‘ (although he was referring to the Stanley Cup not an NHL franchise but the sentiment still applies).

Sportsnet: 31 Thoughts. Number 15 touches on the Jets and how the Oilers scored on Hellebuyck in the regular season.

Global News: Jets will look to reverse history in Round Two. For whatever it is worth the reality I think we’ve learned from this season is that it is unique from anything we’ve seen previously and likely more difficult to use the past as a guide for the future.

Winnipeg Free Press: Bring on the Habs! … or the Leafs! (Paywall).  Won’t know till tonight which team it is going to be but the Jets have to like the rest and recovery they’ve been able to get after they wrapped up their first round series.  And like everyone else they’ll have to watch the tele tonight to know who they will face. 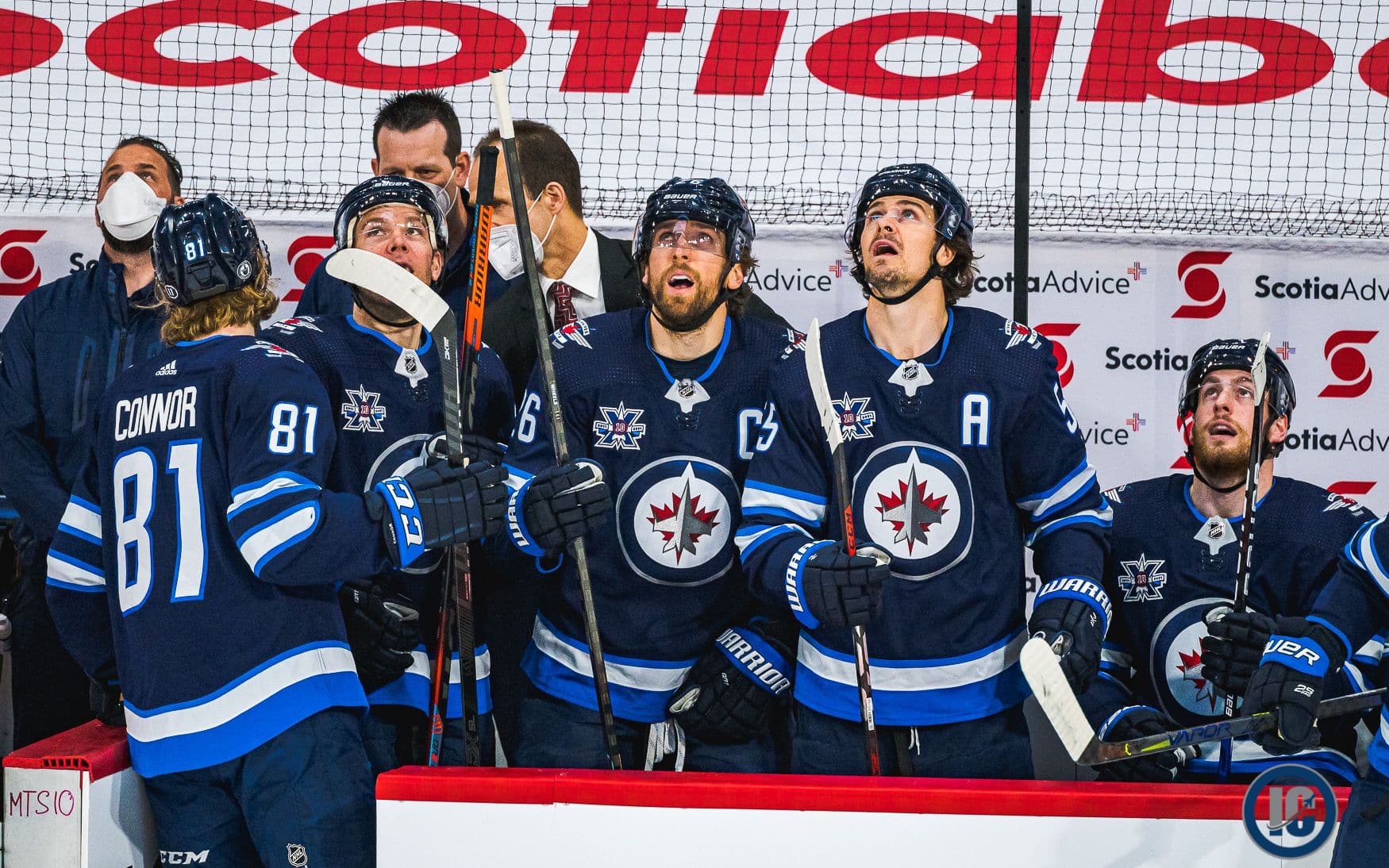 Sportsnet: Jets ‘calm but ready’ as they await outcome of Leafs-Canadiens series. I did see a stat that said in the next series between a team that swept and one that went seven games the winner of the seven game series since 2001 has won five straight but before 2001 it was the team that did the sweeping which was 5-2 meaning that evens out to 7-7.

Global News: Economic impact of Winnipeg Jets return to Manitoba. With today being ten years to the date the Thrashers purchase was announced they took a look at the impact it has had on the economy of Manitoba.

Topics: Reflecting on Jets four game sweep of Oilers. A look at the Jets potential second round opponent and how they match up against the Leafs or Habs. (Forwards, Defence).

Topics: Continuing our look at how the Jets matchup against the Leafs/Habs for 2nd round (defensively, special teams, coaching and goaltending).