Note: The Jets held a practice on Friday as they got set for tonight’s final contest against the Senators this season. Game day skate gets going at 9:30 AM CT so check back to the pre-game report for updates as well as for the media availability with players and coach Paul Maurice. Puck drop is at 6 PM. Join us afterwards for our post-game show here (be sure to smash that like/subscribe button).

Note II: The Moose also practiced yesterday over in Toronto as they prepare for the second game of three against the Marlies.  Manitoba will look to keep their nine game points streak (8-0-0-1) alive when they take on Toronto this afternoon at 2 PM. We will have that game covered as well.

Note III:  Be sure to join us on the Illegal Curve Hockey Show today as we will be chatting all about the Winnipeg Jets and Manitoba Moose this morning starting at 9:00 a.m. CDT. Today’s guests include Mike McIntyre (Winnipeg Free Press), Ian Mendes (The Athletic Ottawa) and Jeff O’Neil (former NHLer, TSN 1050 Toronto analyst on OverDrive). You’ll be able to watch via YouTube live here.  If you cannot watch live you will still be able to get the show via Podcast.

Winnipeg Sun: Heinola relishing second audition in battle for playoff spot. The young Finn certainly hasn’t lost sight of how important these games are for him but at the same time he isn’t allowing the pressure to overwhelm him.

Winnipeg Free Press: Ville Heinola to suit up for second straight game. (Paywall).  And there was great rejoicing.

Winnipeg Free Press: Time is now for Jets to get their game right. (Paywall). Considering you are facing a Senators team that has won their last two games and are 7-2-1 in their last 10 and they will provide a challenge for this Jets club to show that the win over the Flames wasn’t a mirage against a bad Calgary team. After that a pair of games against the Canucks and then wrapping it up against a Leafs team that could look more like the Marlies given how little will be on the line for both teams. All of which translates to the local NHL club needed to ensure they are back on the right track over the course of the next week. 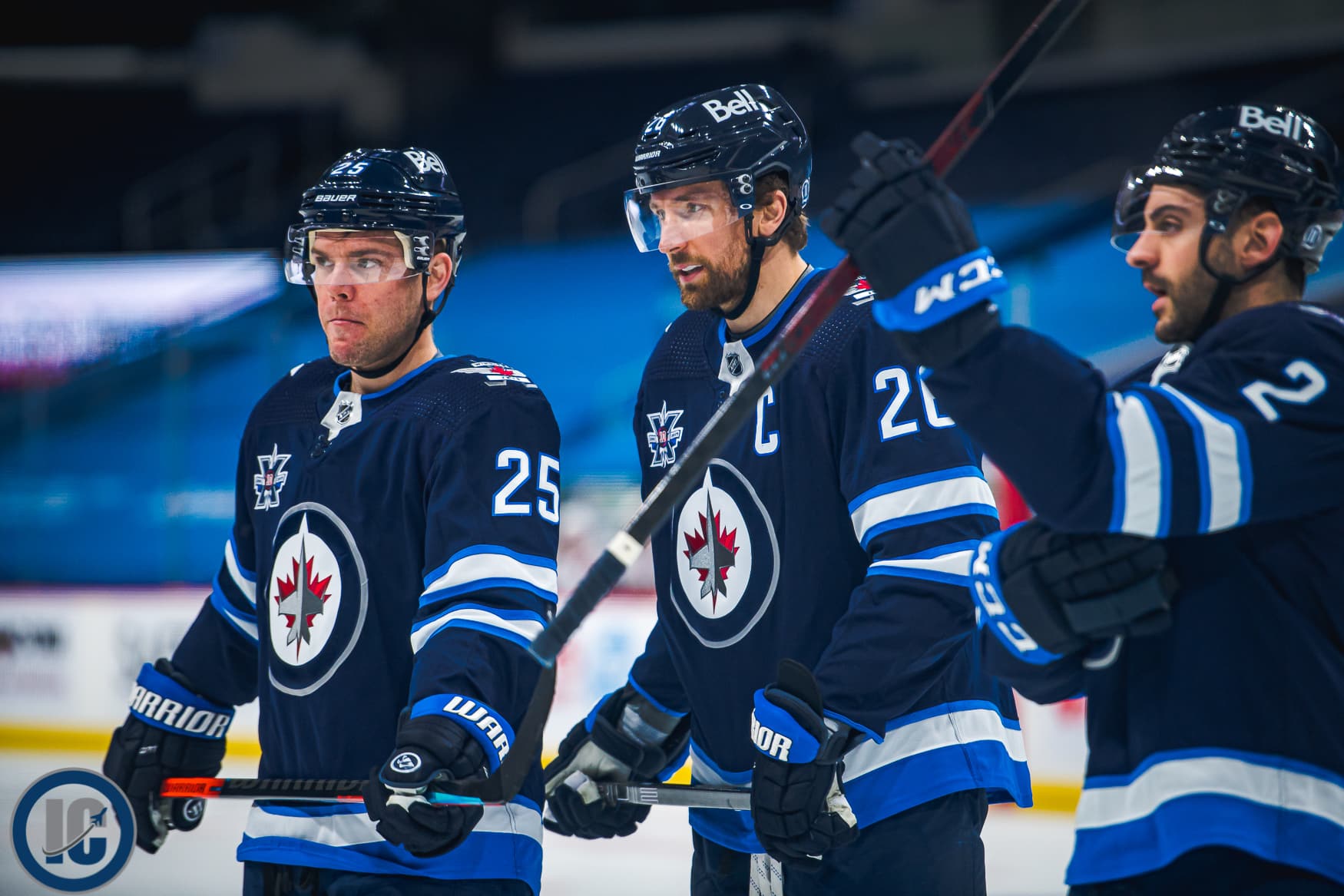 Global News: Jets fans get at least one more look at Ville Heinola before playoffs. With four games remaining you’d be hard pressed to justify removing him from the lineup for any of these last four contests.

TSN: Jets focused on solidifying their playoff game, getting comfortable with it. Andrew Copp and Paul Maurice discuss how the Jets plan to approach their final four games of the regular season, how the mentality of a team shifts once they clinch a playoff spot, and what they need to do to make sure they’re feeling good heading into the postseason.

The IC Hockey Show is LIVE on this resplendent Saturday morning!