Note: The Jets play their final road game of the regular season tonight in Calgary as they look to put an end to their seven game losing streak. Game day skate gets going at 12:30 PM CT so check back to the pre-game report for updates as well as for the media availability with players and coach Paul Maurice. Puck drop is at 8:30 PM. Join us afterwards for our post-game show here (be sure to smash that like/subscribe button).

Note II: The final day of practice for the Moose in Winnipeg as they get set to head east to begin their final road trip of the 2021 season.  They are set to skate at the IcePlex at 11 AM.

Winnipeg Sun: Jets’ Maurice not going anywhere — yet.  While some folks may be hoping for a Robbie Ftorek result (Devils fired him with nine games to go and then went on to win Stanley Cup that season) that ain’t happening here in Winnipeg. 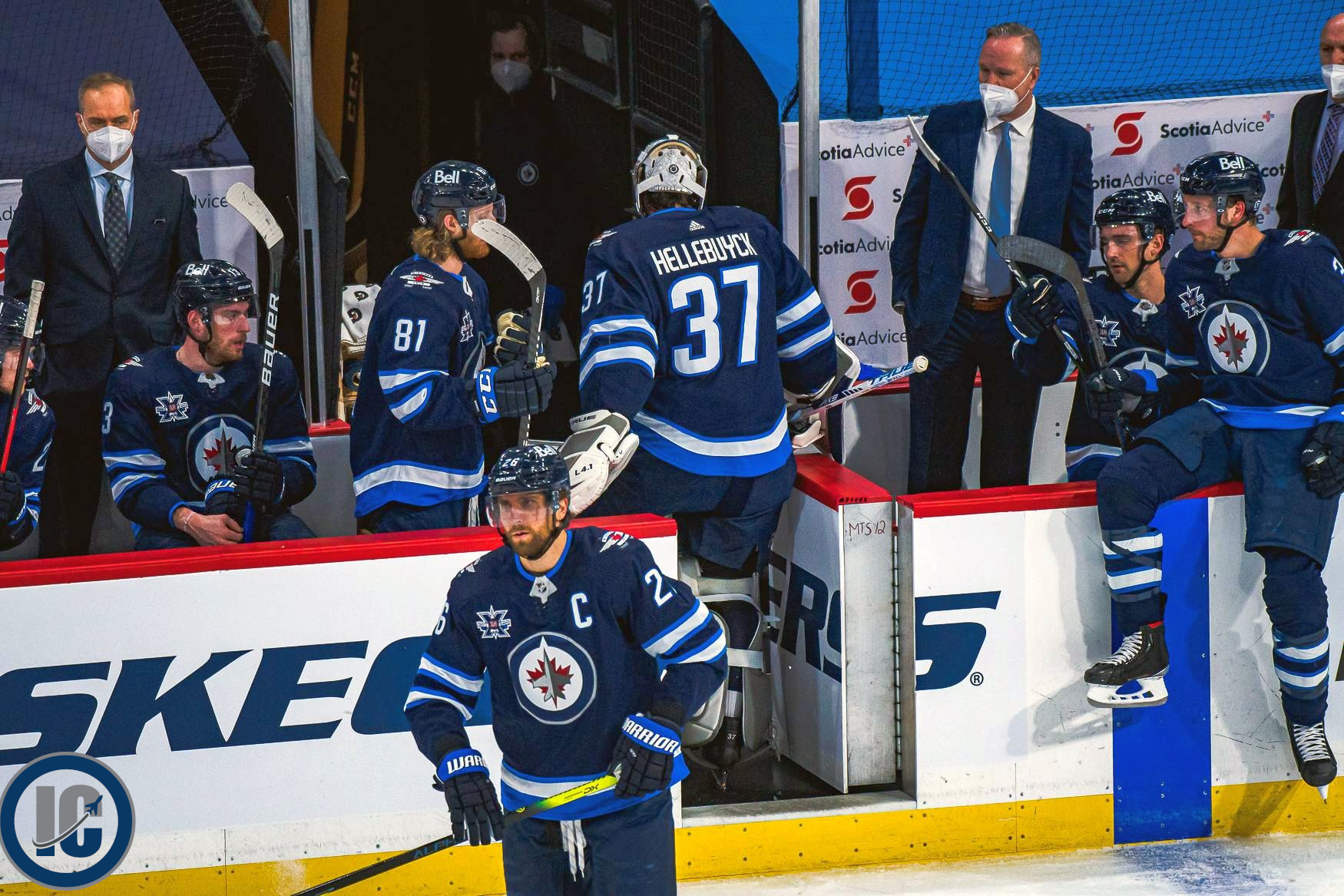 Winnipeg Free Press: Time running out for Maurice. (Paywall).  Is this team still willing to run through a wall for their head coach? But tonight’s game against Calgary will reveal quite a bit about the team as well as their head coach given his lineup options.

Sportsnet: Despite slump, Jets may still have edge over Canadiens for 3rd seed. Sean Reynolds and Eric Engels look at the Jets and Canadiens fighting it out for the third seed in the Northern division, and why the Jets could still have the edge despite being mired in a slump.

TSN: Why have things gone south for the Winnipeg Jets? Bryan Hayes, Carlo Colaiacovo and Jeff O’Neill are joined by TSN Hockey analyst Ray Ferraro to get his take on how things have fallen apart for the Jets and if there is any connection between this recent poor stretch and the benching of Mark Scheifele.

Illegal Curve: Pair of Winnipeg Jets prospects on the Manitoba Moose shut down for the season.  Moose head coach Pascal Vincent provided an update on Tuesday.

theAHL: Eric Comrie’s icon status with Moose goes beyond records.  Daniel put a lot of work into this article on the Jets second rounder from back in 2013 and the impact he has had throughout the organization as well as the community.

Pair of Winnipeg Jets prospects on the Manitoba Moose shut down for the season
Game 52: Jets vs Flames pre-game report