Note: The Jets practiced on Tuesday and said the right things during their media availability as they look to salvage something from this disastrous homestand which has seen them lose four straight with the fifth and final game going tonight in a re-match with the Oilers. Stay tuned for the pre-game report which goes live around 10:30 AM when morning skate gets underway for updates as well as for the media availability with players and coach Paul Maurice. Puck drop is at 8 PM. Join us afterwards for our post-game show here (be sure to smash that like/subscribe button).

Note II:  The Moose just continue to roll as they can see the end in sight of this monumental 17-game homestand which currently has them on a seven-game points streak (6-0-0-1) after adding another victory to the standings last night when they defeated the Heat by a final score of 3-1. Jets 2020 1st rounder Cole Perfetti continues to perform adding an assist to give him a seven-game points streak (4G 9A). 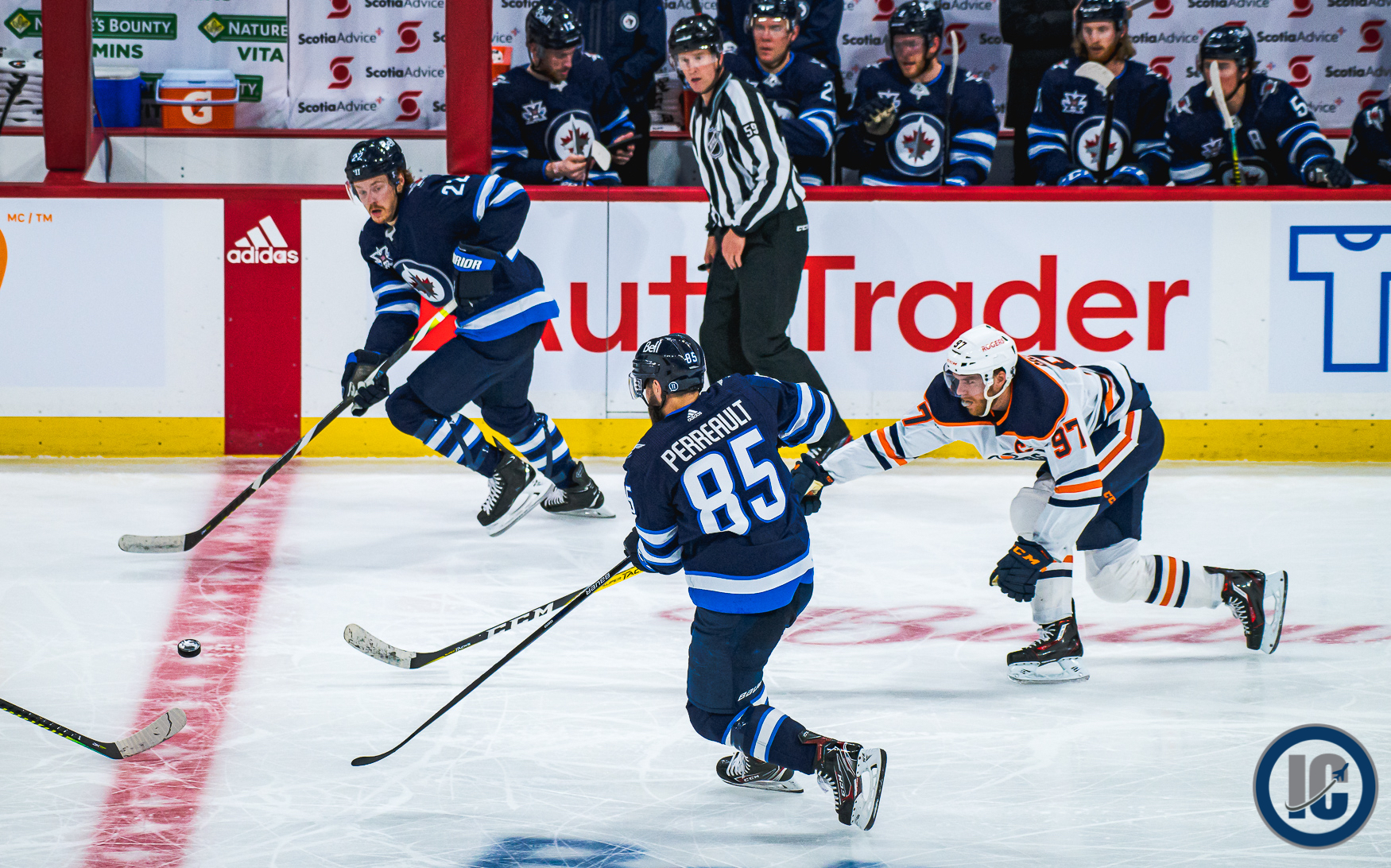 Winnipeg Sun: Mugged Jets lose ID.  In this instance the bullies are the Leafs and Oilers and they have pummeled the Jets.

Winnipeg Free Press: Don’t blame Hellebuyck for Jets’ defensive woes. (Paywall).  He’s been the rock for this team for years.  Blame him at your own peril.

Winnipeg Free Press: Time for solutions is now. (Paywall).  I’ll start: Don’t dump the puck around the boards as Mike Smith is too good at handling the puck and all you do is lose possession.  Now you go.

Winnipeg Free Press: Former Jets, Red Wings remember the emotionally draining final 25 years ago. (Paywall). I still cannot read about this and get angry about the Jets 1.0.

Global News: Shell-shocked Winnipeg Jets trying to get their game in gear. No time like the present to get it all turned around.  Gonna take this team playing like a team if they plan on trying to figure out how to stop Connor McDavid.

The Athletic Winnipeg: Five important questions the struggling Winnipeg Jets needs to answer to turn their stretch run around. (Paywall).  While folks have plenty of questions about this team Murat has cut it down to five which include: 1) Is Winnipeg’s defence good enough to handle Edmonton’s transition-based attack? 2) So what can Paul Maurice do to change things up? 3) Can Mark Scheifele ramp up his game in time to handle Connor McDavid? 4) Can Kevin Cheveldayoff still impose a solution. 5) How can the Jets beat this adversity?

TSN: Maurice: ‘It’s tough, you lose a bit of that belief when you’ve lost a bunch of games’.  The Jets weren’t sugar coating anything after a blowout loss to the Oilers resulted in their fourth straight loss. They admit the mood isn’t the best around the room right now but they know they have some time to get their game back before the playoffs begin.

TSN:  Jets vow to make life more difficult for McDavid and Draisaitl. The Jets know they may not be able to stop Oilers’ stars Connor McDavid and Leon Draisaitl but they need to do a better job of slowing them down and making their life difficult. These two teams will meet for the final time of the regular season on Wednesday, with Winnipeg looking to end their season worst four-game slide.

Sportsnet: Jets thankful that this lull is coming now and not playoffs. Mathieu Perreault and Neal Pionk discuss the mood in the Jets locker room after their 4th straight loss, saying it’s obviously not fun being on a losing streak, but they’re thankful that they have a bit of time to correct it for the postseason.

Illegal Curve: Moose run their points streak to seven games with 3-1 win over the Heat.   A look at the roster, a game recap, notewothy factoids, post-game media availability and more.