Manitoba came into tonight’s back-t0-back on a six-game points streak (5-0-0-1) having dropped yesterday afternoon’s contest to the Heat 3-2 in a shootout.  Today the two squads renew hostilities in the fourth game of five in this series which is also the 16th of 17 straight at the IcePlex in Winnipeg.

The Moose got a pair of players back as Dominic Toninanto and Leon Gawanke were reassigned by the Jets this morning.  Gawanke was  dealing with injury suffered in Saturday’s game against the Heat. 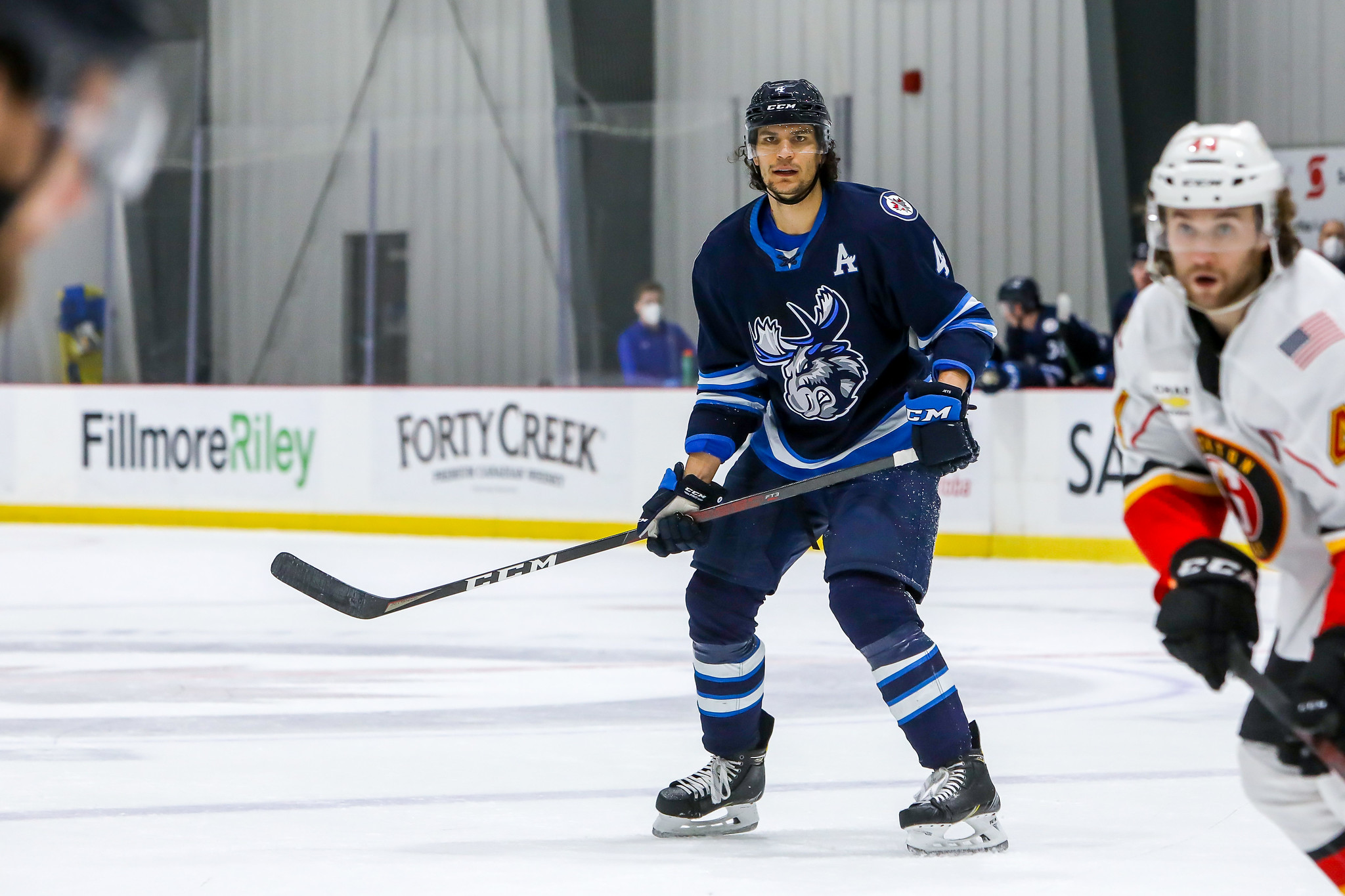 Things didn’t get off to a great start for the Moose as they had to kill a 5 on 3 early in the opening frame but they did just that and only allowed one shot against. Jets 2017 3rd rounder Johnny Kovacevic intercepted an errant pass by the Heat and quickly shot it on net to open the scoring for the Moose who held a 1-0 lead after one period of play. Quickly to start the middle frame the combo of Jets 2020 1st rounder Cole Perfetti and Dominic Toninato who have shown a quick chemistry in a few games together to give Manitoba a 2-0 lead. It was a lead they’d hold for almost 11 minutes until Emilio Pettersen scored just as a Moose power play ended to cut the lead to 2-1 which is how the second period ended.  The final frame was tight and only opened up when 2018 2nd rounder David Gustafsson scored into the empty net to seal the deal at 3-1.  That meant the points streak up to seven games (6-0-0-1) for the Moose.

Points streak for Jets 2020 1st rounder Cole Perfetti hits seven games as he had an assist in the game which gives him 4G 9A during that streak.  He is tied for third overall in rookie scoring.

Dominic Toninato continues to click with Perfetti picking up his third goal in his last two games off a nifty pass from the first-year pro.

Coach Pascal Vincent made a D swap to start the 3rd period flipping Dylan Samberg and Ville Heinola which set the pairs as follows:

For an explanation as to why they did that check out his post-game media availability (below. Starts at 4:20).

Moose and Heat will conclude their five-game series and the 17-game homestand for Manitoba on Thursday.