Manitoba has been rolling a long coming into this game having won five in a row and were looking to keep that going this afternoon as we kicked off hockey day in Winnipeg (Moose in afternoon/Jets in evening) out at the IcePlex for a 1 PM start.

After scoring two goals on Saturday Dominic Toninato was reassigned back up to the taxi squad and then to the Jets roster on an emergency basis with injured Leon Gawanke also being reassigned (to get taxi squad up to requisite number of players needed). 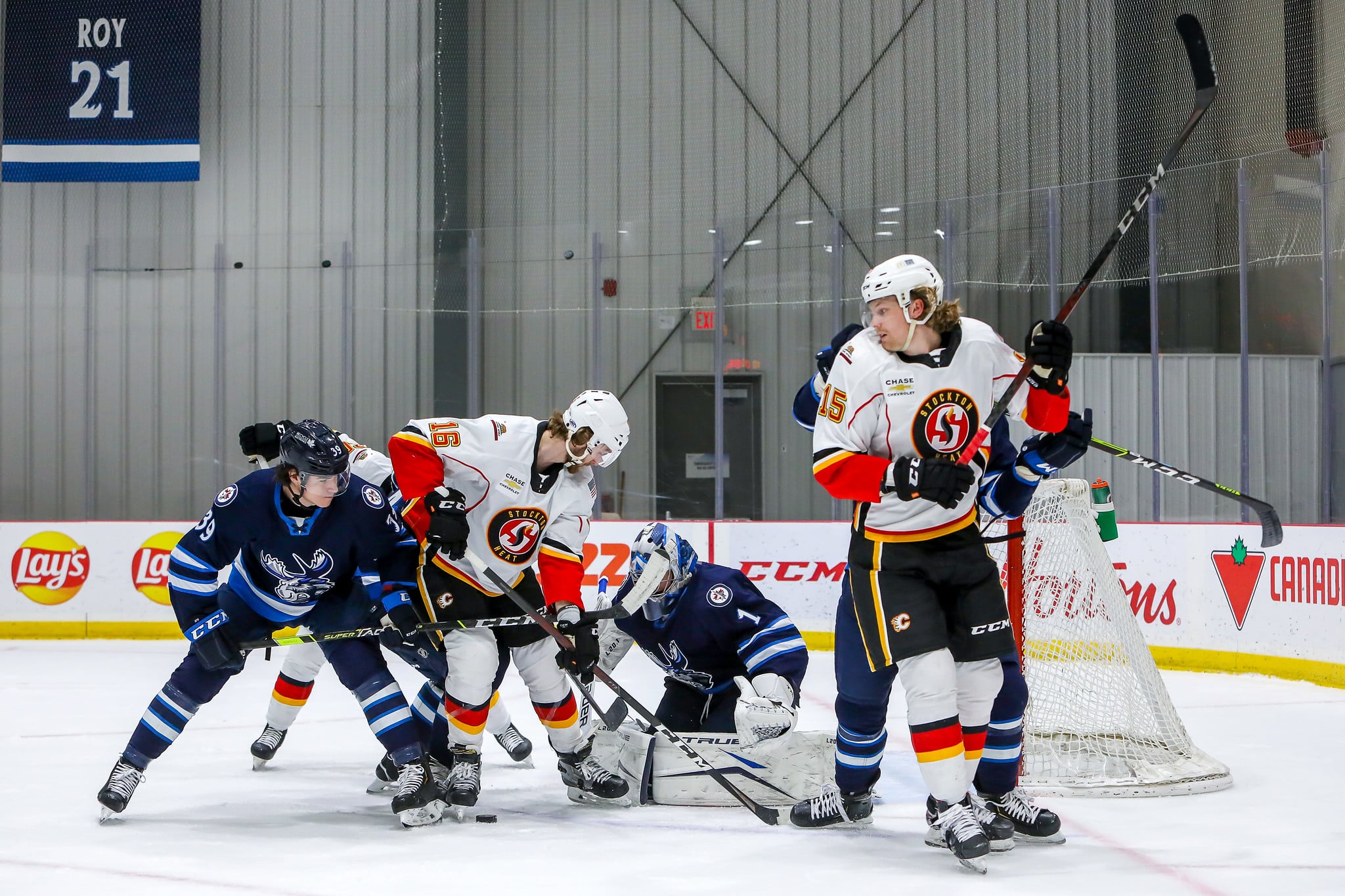 It was a fairly ho-hum first period with about the most noteworthy thing being that the Heat actually had the shot edge after 20 minutes which is significant given that they had been outshot a combined 29-7 in the 1st periods of the previous two games by Manitoba.  Despite the shots no scoring by either squad in the opening period. Moose finally got through on the power play as Nathan Todd finished off a Perfetti and Heinola passing sequence. Heat tied it up with 1:13 left in the middle frame.  When a Nelson Nogier shot deflected in off Cole Maier with 9:27 left in the game it looked like the home side would cruise to their sixth straight win.  However the Heat tied it with five minutes to go and forced OT.  Despite a man advantage to begin extra time the Moose couldn’t get anything to go and eventually were outscored 2:1 on the shootout which cost them the win and turned a winning streak into a points streak.

2020 1st rounder Cole Perfetti continues to have success as he assisted on the opening goal of the game for the Moose which gives him 12 points (4G 8A) in his last six games.

Leading scorer Nathan Todd scored his ninth goal of the season to open the scoring and scored a filthy goal in the shootout.

Winnipeg product Noah King, who was loaned to Manitoba by Stockton, made his debut for the Moose in place of Leon Gawanke who didn’t finish the last game and didn’t play due to injury.

Moose and Heat are right back in action on Tuesday with game four of this five game series.

Winnipeg Jets Transaction Report: Dominic Toninato reassigned to the taxi squad from Moose
Moose run their points streak to seven games with 3-1 win over the Heat