Note:  The Jets faced the Leafs last night as their homestand continues in Winnipeg and they couldn’t complete the comeback and ultimately fell 5-3 which could prove even more significant than a regulation loss depending on what happens with Adam Lowry who didn’t return after the 1st period.  Today they are scheduled to practice at 12 noon so stay tuned for the Practice Report.

Sportsnet: Jets remain confident in goaltending despite off night from Hellebuyck. Ken wrote about one of the big topics being discussed after last night’s game.

Toronto Sun: Foligno’s debut, Campbell’s rebound help Leafs widen gap on Jets for first place. Gain insight into the game from the perspective of a writer that covers the Jets opponent. 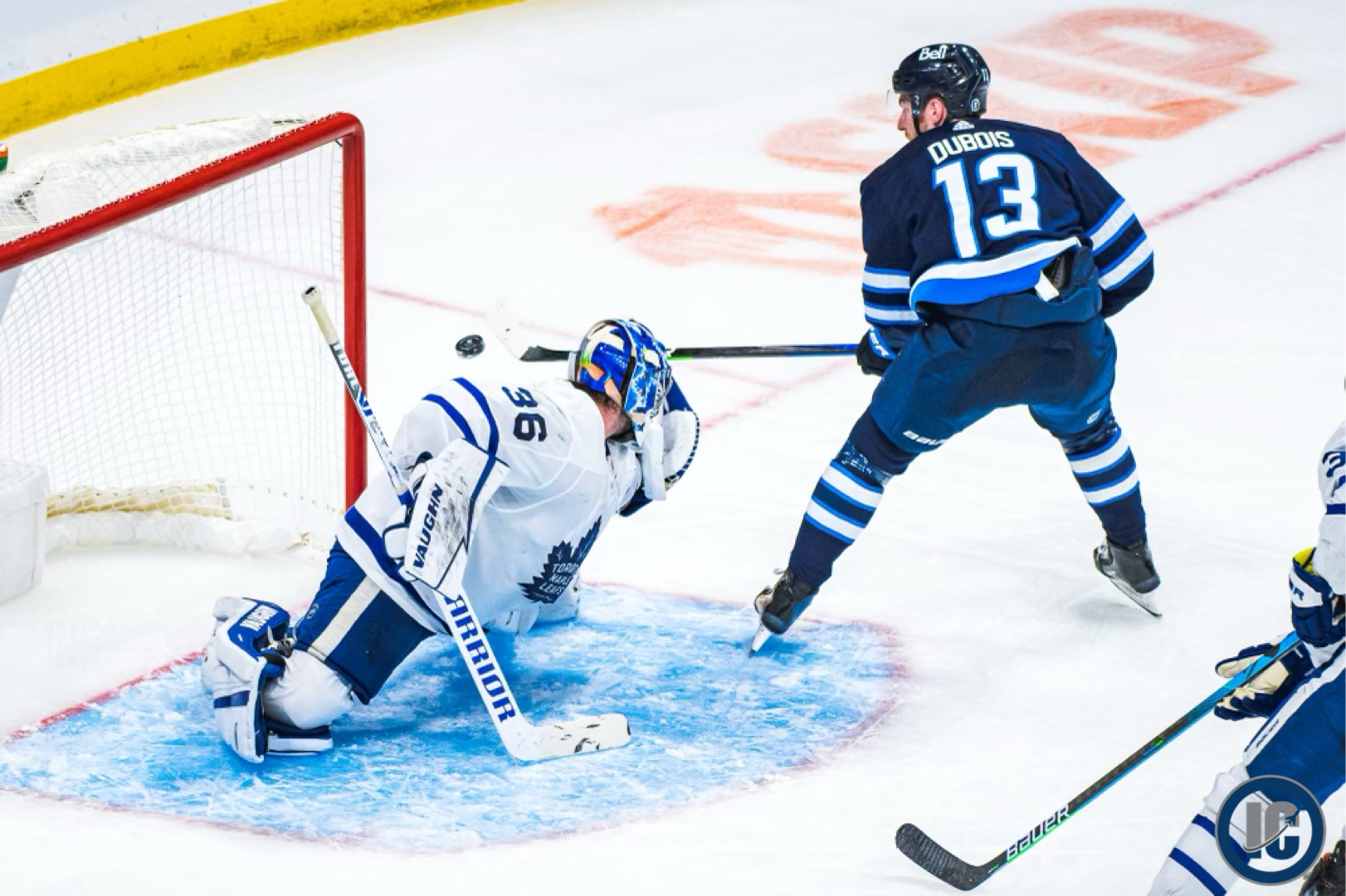 Toronto Sun: With playoffs just around the corner, Jets coach Paul Maurice said it’s now ‘full on’. Perhaps that article should have come out after not before last night’s game.

Toronto Star: Goaltender Campbell shakes his struggles to lead the Leafs over the Jets. Good reminder to folks that Toronto came into last night’s game winless in their previous five games.

Winnipeg Free Press: Jets lose Lowry, pull Hellebuyck in 5-3 loss to Leafs. (Paywall).  It could prove to be a lot costlier than a regulation loss depending on what happens with number 17.

Sportsnet: 31 Thoughts.  Missed this earlier.  12) Interest in Benn. 15) Cheveldayoff trying for something “big” at deadline. 16) Disappointment Lowry re-signed in Winnipeg from around the NHL. 17) Nikolaj Ehlers second best performance in junior for one NHL scout.

TSN: How significant would losing Lowry be for the Jets? Adam Lowry left the game in the first period after taking a high hit from Alex Galchenyuk. How significant a loss would it be for Winnipeg if Lowry were to miss an extended period of time? TSN’s Sara Orlesky has more.

Sportsnet: Maple Leafs’ top line could spell trouble for Jets in playoff matchup. With the Maple Leafs’ top scorers finding ways to beat the Jets, Winnipeg would need to find ways to shut them down in the event these two teams meet up in the playoffs.

Sportsnet: Why Mark Scheifele consumes a ton of hockey even on his off nights.  In this episode of “The Big Picture,” Christine Simpson sits down with Mark Scheifele to talk analytics, Mitch Marner, and nerding out to North Division games on off nights.

Illegal Curve: Moose continue to roll as they defeat the Heat 5-2 and win fourth straight game. A look at the roster, a game recap, notewothy factoids, post-game media availability and more.

Winnipeg Sun: Jets first-rounder Perfetti heartbroken for OHL players after season cancelled. While he showed again last night that his presence in the AHL isn’t a bad thing there is no doubt that no OHL will have such a significant impact on so many young players who won’t get the benefit of a development year.