The Moose were feeling good after their last series concluded back on the 12th with their third straight win over the Senators which, in theory, meant it wasn’t ideal to have a ten day break. But at the same time it gave them an opportunity to have some guys heal up as Jets prospects David Gustafsson and Dylan Samberg both missed the entire four-game series. 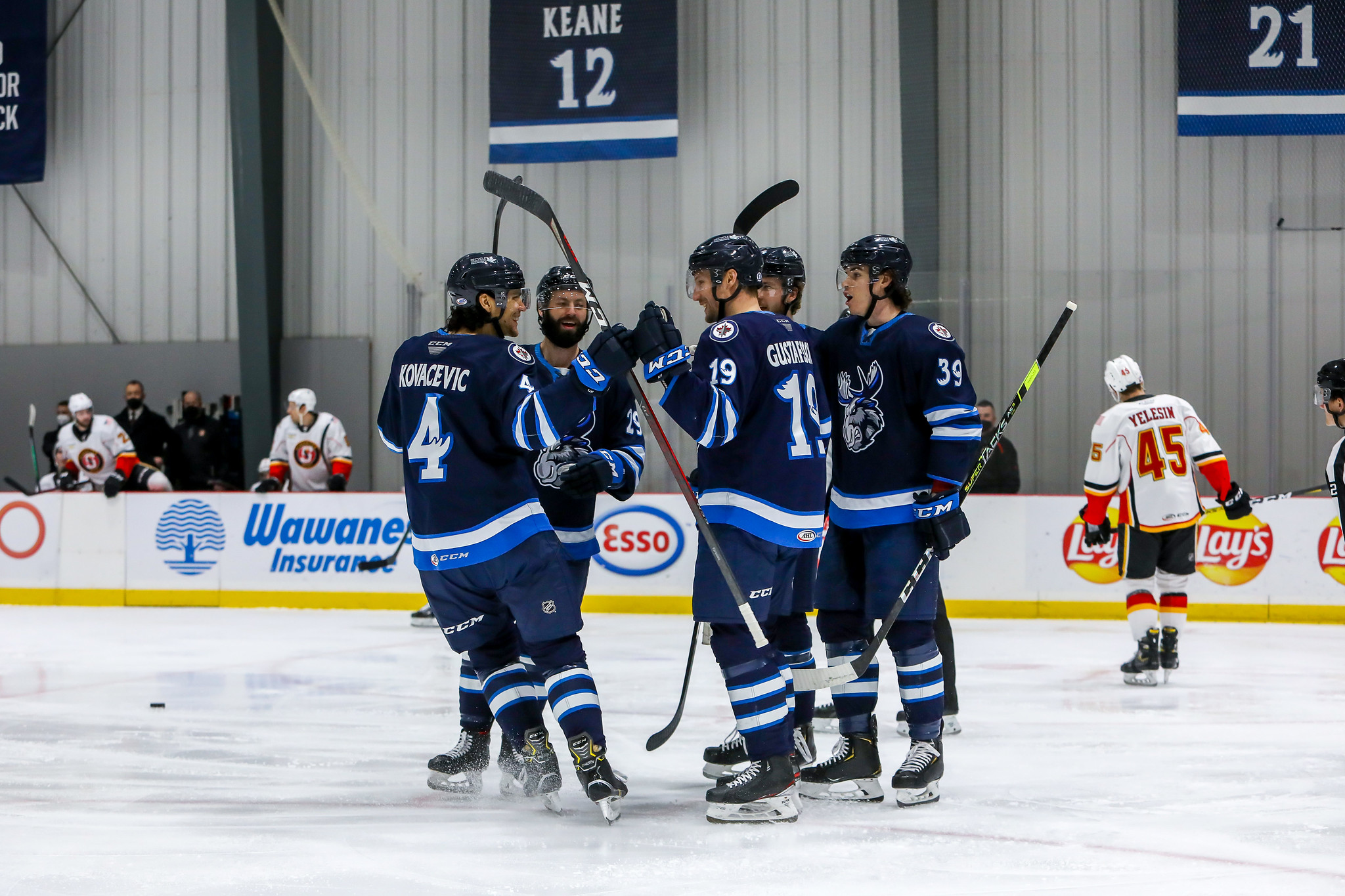 This afternoon the Moose got three new players as Nelson Nogier, Joona Luoto and Dominic Toninato were reassigned from the taxi squad by the Jets and they lost CJ Suess who was reassigned to the taxi squad.  It would be the first games for Nogier in 13 months and Toninato since August of 2020.

Jets 2018 5th rounder Declan Chishom didn’t dress as he was listed as day-to-day before puck drop while Marko Dano was a game-time decision although he ultimately didn’t play.

Manitoba got off to a quick start as Johnny Kovacevic scored his first goal of the season early in the period and the home side outshot the visitors 12-4.  They continued to fly scoring twice to open the 2nd period when rookie Jeff Malott and David Gustafsson scored back to back in 27 seconds in the first 1:25 to take a 3-0 lead. Cole Perfetti began the third period with a beauty to make it 4-0 and they didn’t look back rolling to a 5-2 win.

Jets 2017 3rd rounder Johnny Kovacevic scored his first goal of the season and added an assist as he continues to develop nicely in his second season pro.

Jets 2020 1st rounder Cole Perfetti continues to display his talent scoring a remarkable goal which gives him four straight games with at least a point.

Fresh off injury pair of Jets prospects David Gustafsson (2018 2nd rounder) and Dylan Samberg (2017 2nd rounder) were impactful with Gustaffson contributing a goal and assist while Samberg had two assists (his first multi point game as a pro).

Rookie Jeff Malott continues to find the back of the net as he scored a goal for the fourth straight game and his AHL leading (for rookies) 12th goal of the season.  Leading scorer Nathan Todd had his second straight three assist game.

The Moose are scheduled to practice on Friday.