The Jets 2020 1st rounder will have the opportunity to continue to play pro.

It has been a difficult season for junior hockey in the Ontario Hockey League and today there was news from Darren Dreger of TSN indicating that the OHL is expected to officially shut down its season today which the OHL has now confirmed.

One positive out of this news it that it means Jets 2020 1st rounder Cole Perfetti will continue his first season as a pro in the AHL with the Manitoba Moose. 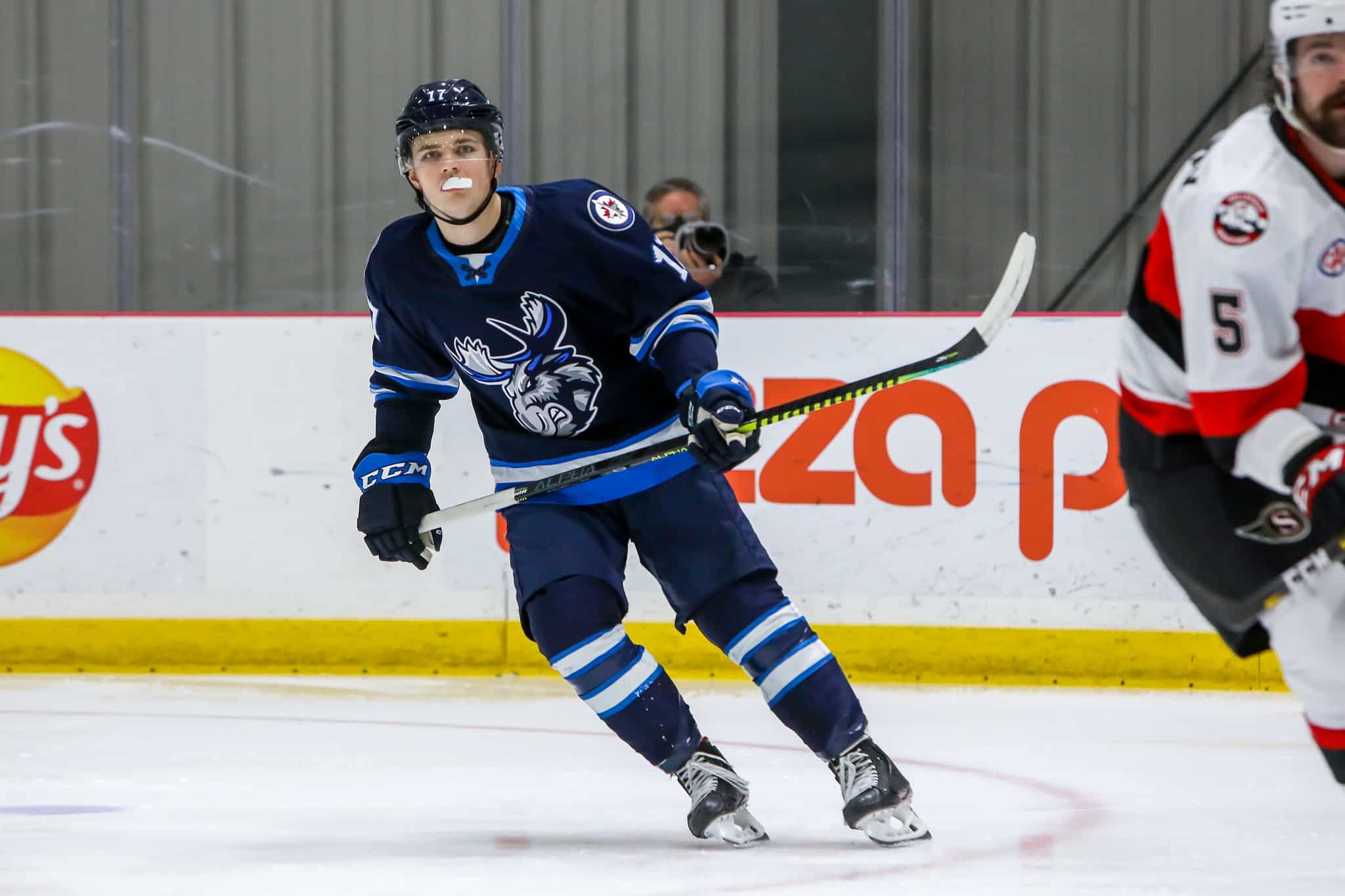 In 24 games with Manitoba he has six goals and 11 assists (one of two players, the other being 2020 2nd overall Quinton Byfield, in the top 10 rookie scoring that was born in 2002).

We spoke to Manitoba Moose head coach Pascal Vincent at the end of March on the Illegal Curve Hockey Show and he spoke about a number of prospects including an assessment of Perfetti in his first unexpected season in the AHL.

He’s been on a roll of late with three straight multi point games including his first multi goal game (goal 1, goal 2) in the last contest of the Moose series with the Senators. After the game I spoke to him about whether the game is slowing down for him:

Jets 2020 1st rounder Cole Perfetti had 2G and 1A in the 5-1 win by his Moose team. It was his first ever three point game, first multi goal game and third straight multi point game.

His response to me if the game is slowing down a bit as he gets more comfortable in the AHL. pic.twitter.com/biv3JxB73R

And here is what his bench boss had to say about his game:

There’s no red flag for Moose head coach Pascal Vincent when it comes to the game of Jets 2020 1st rounder Cole Perfetti.

He spoke about how the 19-year old hasn’t changed his game as the contests have gotten faster and more physical. pic.twitter.com/XPatiKFmqD

So while this is discouraging news for so many young players there is a small silver lining as Perfetti will get the opportunity to continue his development this season in the pros.