After a tough regulation loss the Jets are back on the ice for practice getting ready for the re-match.

Coming off a disappointing loss last night to the Leafs the Jets are practicing today in Winnipeg as they look to get back on track ahead of their re-match on Saturday night. 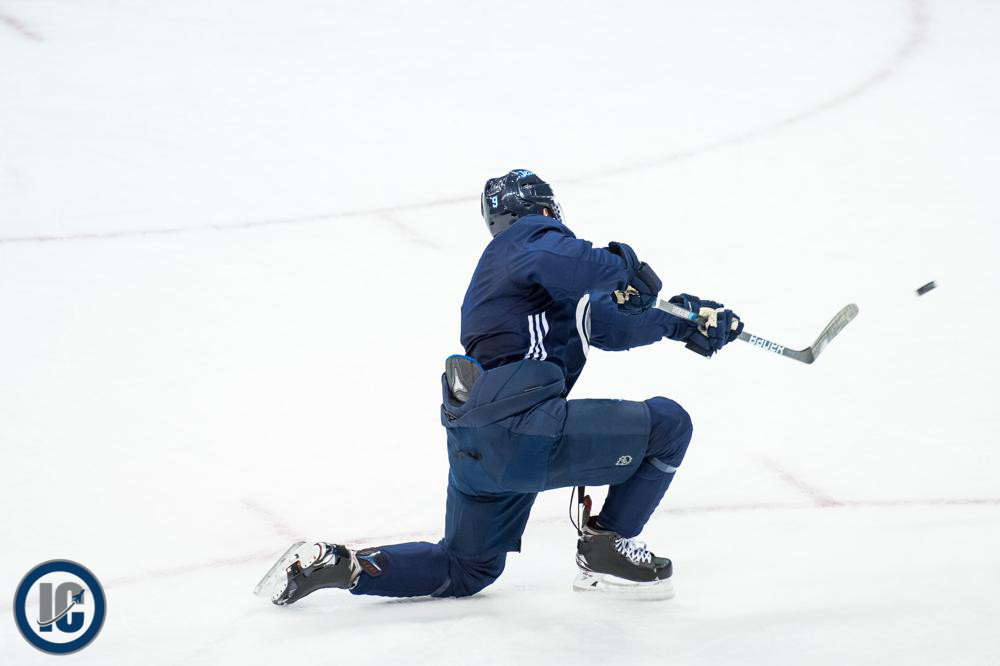 The Jets made a goalie swap between the Moose and taxi squad as they reassigned Eric Comrie to their AHL squad and brought Mikhail Berdin up to the taxi squad.  Suspect this is to keep Comrie in game shape considering he has only played two games (one AHL, one NHL) this season.

As per Ken Wiebe of Sportsnet no Adam Lowry today after the Jets third line centre didn’t return to the game in the 2nd period after he was caught with a hit to the head at the end of the 1st period.  Without Lowry here are the lines being run at today’s skate according to Ken.  We will have to wait to hear from Jets head coach Paul Maurice if he has an update following skate.

Bench boss Paul Maurice didn’t have much on Adam Lowry saying “He’s still going through testing and I’ll have a better idea tomorrow”.

1. Status update on Adam Lowry
2. Connor Hellebuyck’s reaction to getting pulled.
3. Team needing to play with more edge.
4. Is there a discernable difference to play at home vs on the road?
5. Does he need to have a further conversation with Hellebuyck.
6. Would he like to see a reaction from his team when things happen to his players?
7. Having seven D on the ice at practice.
8. Head shots in the NHL.
9. Are the Leafs a dirty team?
10. Learning about your opponents when your team isn’t playing optimally.

The Jets homestand rolls along with their third game of five here in Winnipeg coming tomorrow night in a re-match with the Leafs. Be sure to keep it locked to illegalcurve.com for the AM Papers which go live at 7 AM CT and then join us on the Illegal Curve Hockey Show at 9 AM CT.