Note:  The Jets went into Montreal and got some early scoring and solid goaltending which allowed them to kick off their five-game road trip with a 4-2 victory. They will prepare today for their re-match with the Habs on Saturday night holding an optional practice at 11 AM.  Be sure to check out the Practice Report for the latest news.

Note II:  The Moose also picked up a win on Thursday in an even more spectacular fashion than their parent club. The second game between Manitoba and Belleville in 24 hours saw numerous lead changes and then the home side used the same 3rd period playbook as they had the night before (17-1 shot edge) but this time do that (18-3) and score four times to win a wild one 8-5.  The contest included a shorthanded game-winner, a penalty shot goal and meant that Altona’s Cole Kehler picked up his first AHL win in net.  The Moose are taking today off.  They are back in action for a matinee on Saturday.

Note III:  A third Jets prospects entered the NCAA transfer portal on Thursday as word broke that Harrison Blaisdell would be looking to leave UND.

Note IV: Speaking of Jets prospects a pair of them were in action in completely different parts of the world yesterday. Over in Finland 2019 4th rounder Henri Nikkanen picked up his third assist in his last two games over in Liiga action while in Pittsburgh at the Frozen Four 2018 3rd rounder Nathan Smith scored twice in a loss for his Minnesota-State squad.

Note V: A reminder that you can watch ‘Live with Kenny and Renny’ featuring Sean Reynolds and Ken Wiebe of Sportsnet which starts at 9 AM and which will be available on their YouTube channel.’

Note VI: Voting is now open so we want everyone in Manitoba (and beyond) to vote for the community of Saint Adolphe! They are one of the finalists to win Kraft Hockeyville.  Vote here.

Winnipeg Sun: Unshakable and unpretentious, Hellebuyck draws comparisons to Barrasso, love from teammates. He has a faith in himself and his process that has served him well and endeared him to his teammates and coaches.

Winnipeg Sun: Wheeler-less Jets get by Habs.  That Perreault, Lowry and Appleton line evoked the Peaches & Herb song Reunited (……and it feels so good).  85 sure seems reborn this season. 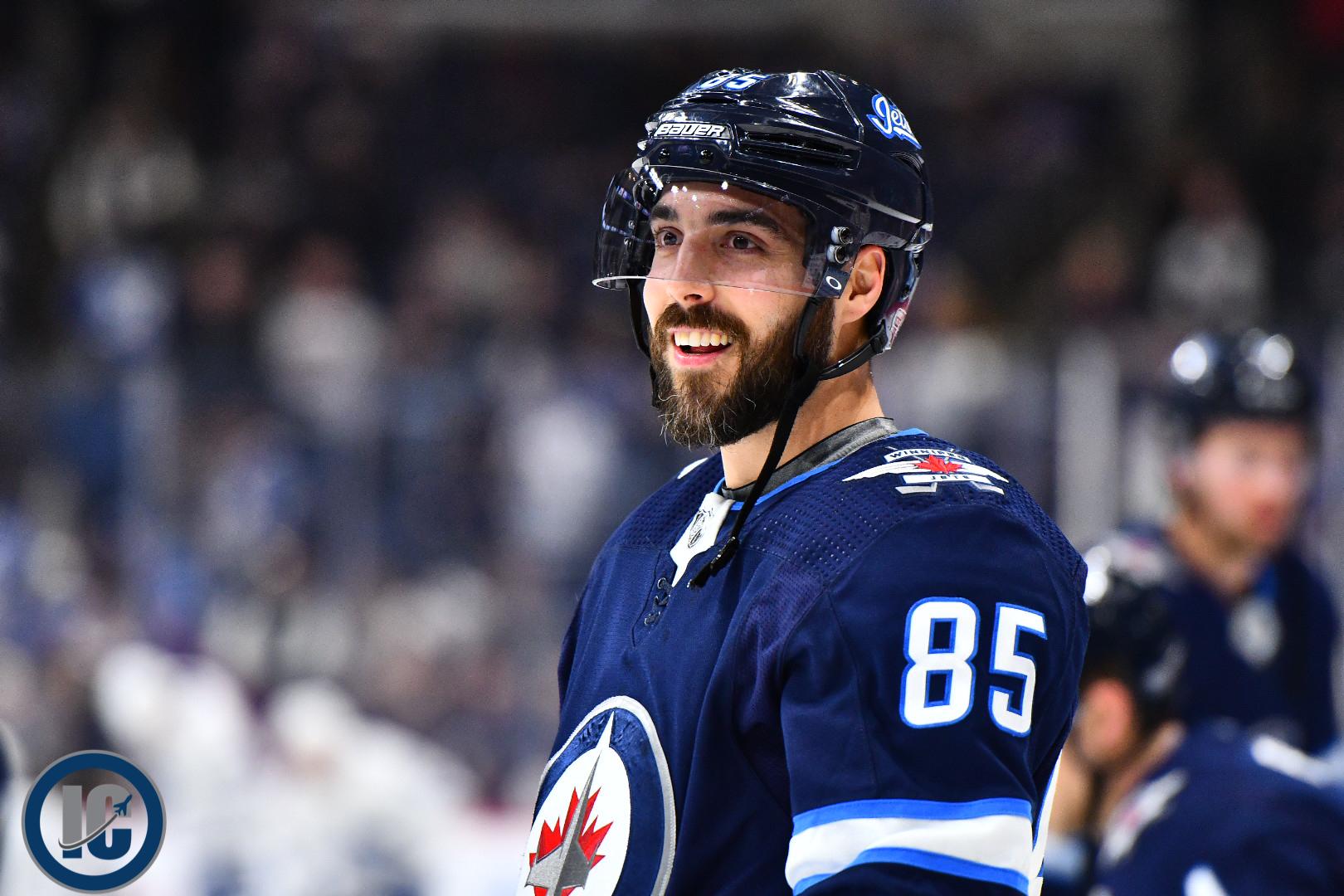 Winnipeg Free Press:  Jets get depth scoring, stalwart goaltending in 4-2 win over Habs. (Paywall).  Sure seems to be a recipe for success with this team.

Montreal Gazette: Canadiens fail to overcome sloppy start, fall 4-2 to the Jets.  Read about the game from the perspective of a writer that covers the Jets opponent.