Note:  The rest and recovery continued for the Jets on Tuesday following their 4-3 win Monday night against the Senators as they choose to stay off the ice in an effort to tackle the condensed schedule. Today they will hit the ice for a brief skate (coach Maurice said it would be about 30 minutes) at 11:30 AM before they depart for Montreal to kick off five games on the road out east.  Check back for the Practice Report to get all the latest news (Update: Blake Wheeler out indefinitely).

Note II:  After almost a week of practicing the Moose are back in game mode as they welcome the Belleville Senators to Winnipeg for a four-game set which begins tonight at the IcePlex.  Puck drop is at 6 PM.

Note III:  Jets prospect Henri Nikkanen picked up a pair of assists for his club in a win during Liiga action as he moved into fifth spot on the list of U20 scorers in the top Finnish league.

Note IV: We also found out on Tuesday that Jets 2018 6th rounder Jared Moe has transfered to Wisconsin.

Global News/CJOB 680:  Expect Winnipeg Jets to bolster blue line by Monday deadline. It has been fascinating to watch this season unlike any other as the names have consistently changed as the deadline approaches.

Winnipeg Sun: With less on his shoulders, Jets’ Dubois able to develop game.  While the Jets need him to be a contributor they aren’t solely reliant on number 13 which is likely allowing him to get more and more comfortable wearing a Winnipeg uniform. 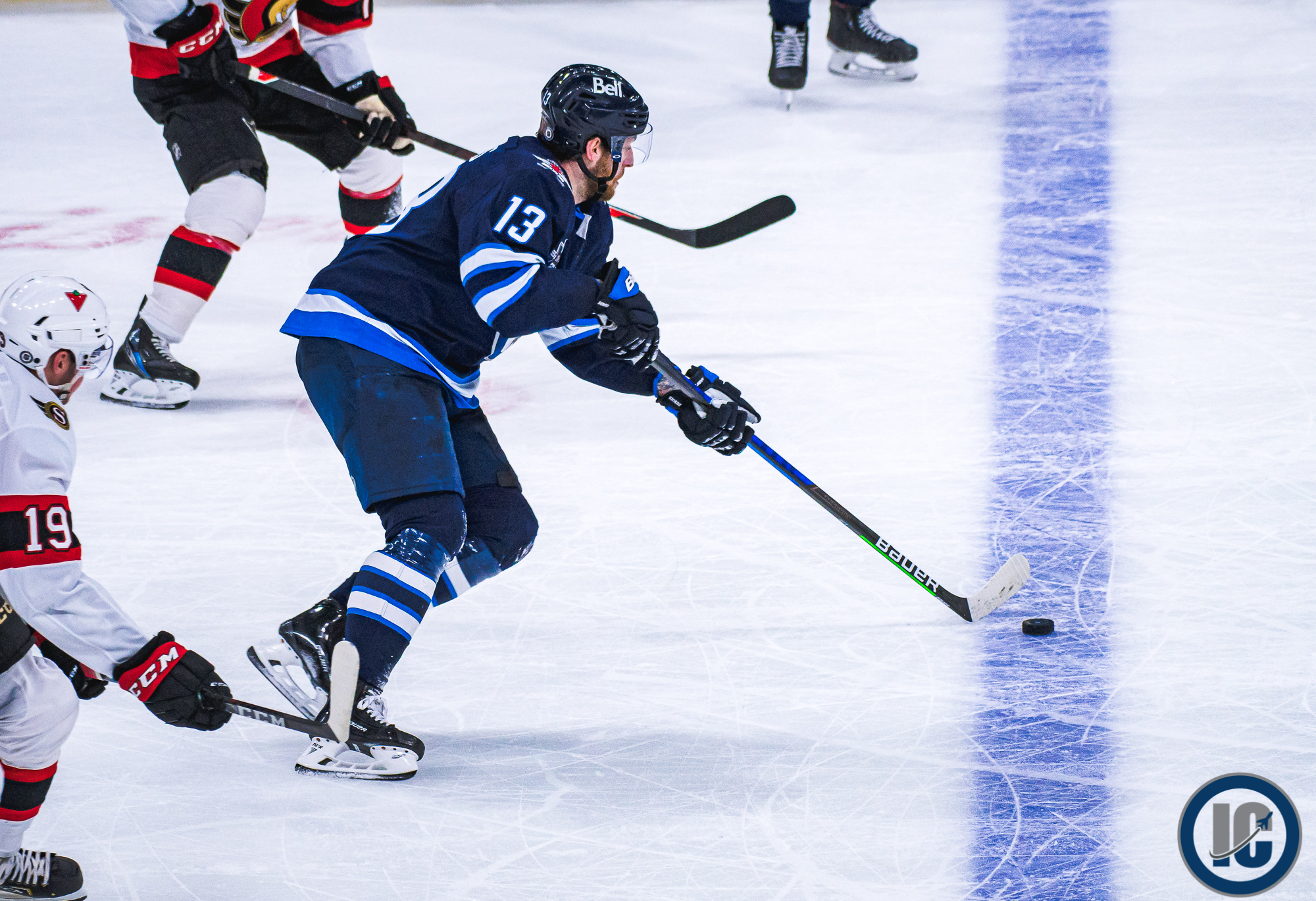 Winnipeg Free Press: Dubois finds fit with Wheeler. (Paywall). There has been a lot of hinting of late from the Jets bench boss that folks shouldn’t get too married to lines as he continues to tinker but so far the 13 and 26 pairing seems to be benefiting writes Jeff.

Winnipeg Free Press: Bubble beckons as best bet for Canadian teams. (Paywall). Given how poor the vaccine rollout has gone in Manitoba and it sounds like the rest of Canada it doesn’t come as much of a surprise that this is the way things may be going.  And as Mike says in his article talk about the opposite of those who thought there could be fans in attendance if things went well.

Winnipeg Free Press: An arresting case for Copp. (Paywall). He surpassed his career high for points last night and did it in 43 fewer games than in 2017-18.

JetsTV:  Ground Control Podcast. In the latest episode of Ground Control Tyler, Mitchell and Paul recap a three-game week for the Winnipeg Jets as the team earned three points. They also touch on Andrew Copp’s play, the penalty kill and look ahead to another week of hockey for the squad. Plus, TSN insider Frank Seravalli joins the podcast to chat about the upcoming trade deadline, the possible options the Jets have in the short and long term and much more. Last but certainly not least, MooseTV’s Austin Siragusa stops in for an update on the Manitoba Moose and touches on the Jets’ top prospects who are making some noise in the AHL.