Note:  Nobody was complaining about last night’s low scoring hockey game as it was a hell of a contest between the Jets and Leafs.  About the only complaint was the need to settle it with a shootout when neither squad got the win in OT.  Ultimately Toronto would escape Winnipeg with two points courtesy of their 2-1 victory in the shootout.  It was a game in which both squads deserved at least a point. The Jets are off today.

Note II: The Moose will hit the ice for a practice this morning as they continue to prepare for their next series which gets underway on Thursday.

Note III: When the news came down that the upcoming Jets/Canucks games had been postponed it seemed like the local NHL squad would have a five-day break between games but on Friday the NHL announced that they had moved the Jets/Senators game from May 7th to Monday, April 5th.

Note IV:  Jets bench boss Paul Maurice began his media availability on Friday with the news that Nathan Beaulieu is done for the season as he required shoulder surgery on Thursday for a torn labrum.

Note V:Be sure to join us on the Illegal Curve Hockey Show today as we will be chatting all about the Winnipeg Jets and Manitoba Moose this morning starting at 9:00 a.m. CDT. Today’s guests include Leah Hextall (TV Host/Play by Play announcer), John Matisz (Senior hockey writer for theScore) and Martin Biron (Retired NHL goalie. Sabres studio analyst for MSG).  You’ll be able to watch via YouTube live here.  If you cannot watch live you will still be able to get the show via Podcast.

Sportsnet: Jets lose ground to Maple Leafs in North Division but gap not insurmountable. Ken with his takeaways from the series with the Leafs.

Winnipeg Sun: Jets drop shootout, fall further behind Leafs. Paul recaps the action from last night’s contest in downtown Winnipeg. Not how Connor Hellebuyck would have liked to commemorate his 300th NHL game but the 2012 5th rounder was pretty spectacular for his team. 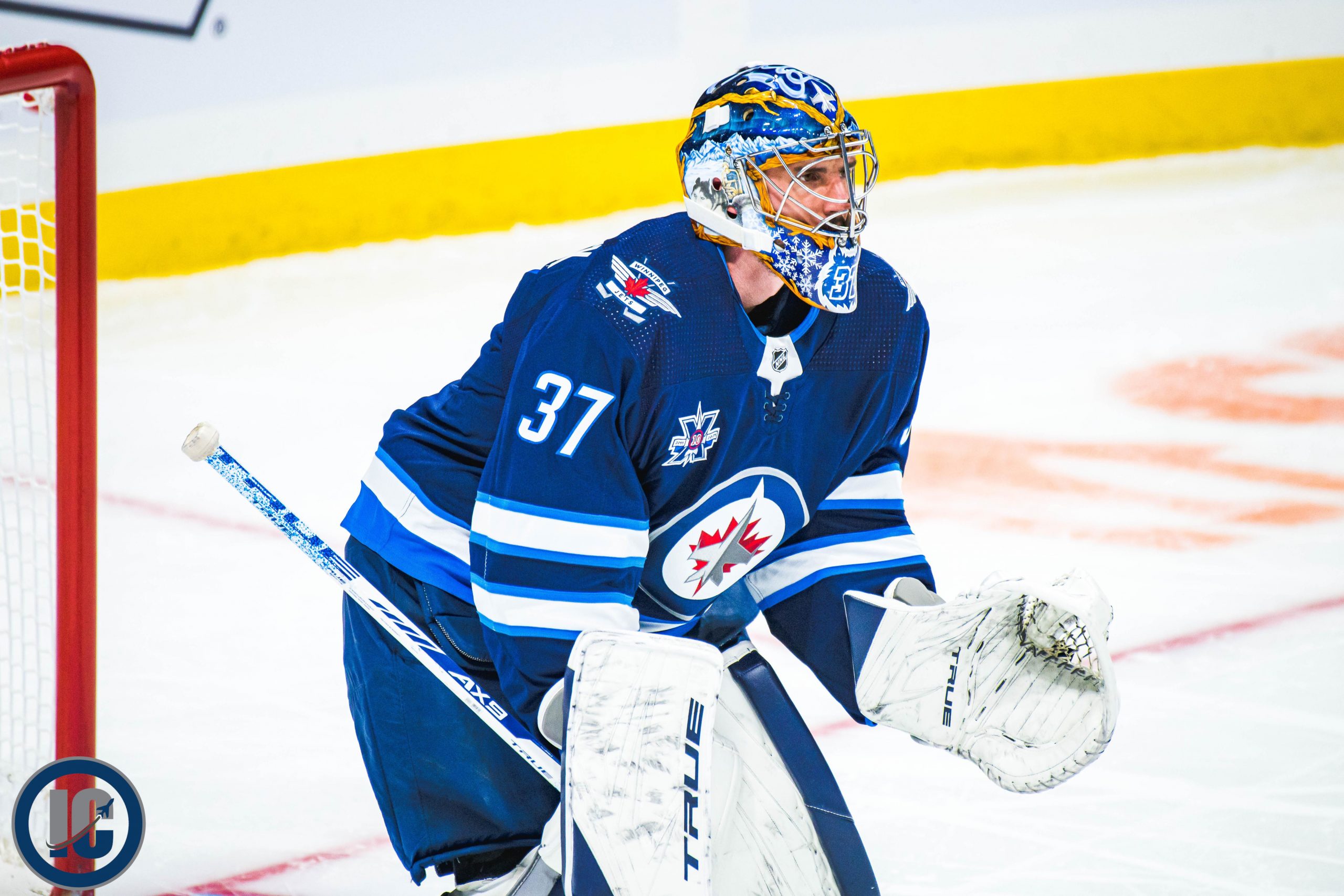 Winnipeg Free Press:  Jets fall to Leafs 2-1 in shootout. (Paywall).  Jay gives his analysis of the battle between (at the time) the top two teams in the North.

Toronto Sun: Leafs overcome distractions, power-play woes to win in shootout over Jets.  Read about the game from the perspective of a writer that covers the Jets opposition.

Toronto Star:  ‘He always does something amazing.’ Jack Campbell slams the door and Leafs leave Winnipeg with four points. Toronto rolled along through Manitoba picking up all four points available in the two games they played here.

The Athletic: Jets are a team to watch at the NHL trade deadline. So what is GM Kevin Cheveldayoff thinking?(Paywall). Nothing really new here from LeBrun who spoke to the Jets GM who remained his usual tight lipped self.

TSN: Goalies should not be a concern for Leafs with how Campbell is playing. Jack Campbell improved to 8-0-0 on the season in another solid performance between the pipes on Friday, backstopping the Leafs to a win over the Jets. The TSN Hockey panel weighed in on Campbell’s play, Toronto’s power play struggles, and what they liked from Winnipeg in a matchup that we may see in the playoffs.

TSN: LeBrun on how injuries could play a role in Jets’ trade deadline plans. What is the plan for the Jets as they approach the trade deadline? TSN Hockey Insider Pierre LeBrun shares what he learned from his recent conversation with general manager Kevin Cheveldayoff.