Note:  The Jets spent Thursday as a travel day as they arrived in Calgary where they will close out this seven-game road trip which began with a pair of losses to the Oilers but which was followed by a pair of wins over the Canucks in Vancouver. Today they return to the ice for morning skate (although it will be afternoon in Manitoba when they do skate at the Saddledome). Stay tuned for the pre-game report which will provide any lineup updates as well as the media availability which follows skate at 12:30 PM CDT. Puck drop is at 9:00 PM CDT. Join us afterwards for our post-game show here (be sure to smash that like/subscribe button).

Note II:  Laval is the top team in the All-Canadian division and they came into Winnipeg red-hot having won six straight games which put them up against a Moose team that hadn’t played in 12 games. Despite this reality it was Manitoba who got on the board first although the visitors would eventually build themselves a 3-1 lead.  They pulled Mikhail Berdin with over three minutes left and got within one when Skyler McKenzie tipped home a shot with 36 seconds left in the final frame.  They again pulled Berdin to set up a 6 on 5 which eventually ended with David Gustafsson wiring a shot home with less than one second on the clock to send it to OT.  Extra time solved nothing and then Nathan Todd played the shootout hero.  These two teams meet against tonight at 6 PM.

Note III: While the Jets weren’t making news on Thursday there was some interesting developments that could impact the local NHL team as we learned that trading to the North Division could be easier with the Canadian government poised to approve a 7-day instead of a 14-day quarantine.

Note IV: A reminder that you can watch ‘Live with Kenny and Renny’ featuring Sean Reynolds and Ken Wiebe of Sportsnet which starts at 9 AM and which will be available on their YouTube channel.’

The Athletic: Perfect NHL trade deadline fits? 9 deals proposed by NHL executives that make sense for both teams. (Paywall).  This article probably should simply have been titled ‘9 deals proposed by NHL executives’. I wonder what exactly qualifies as a front office executive? Clearly it isn’t a GM (otherwise the article would have said they were general managers) and based on some of these proposals (two of which involve the Jets) I suspect they may never get there.  I personally do not think Jets GM Kevin Cheveldayoff would ever make these trades.  Ever.

Winnipeg Sun:  ‘It’s real’: Copp, Jets, have come to expect results.  If the Jets wanna show this isn’t a mirage they will have to go into Calgary and take care of business against a desperate Flames team.

Winnipeg Free Press: Copp’s hard work pays off. (Paywall).  During the summer he was referenced by Mark Scheifele as a player who could help provide a boost for the Jets and not just in the defensively responsible manner folks have come to expect from the Michigan product. 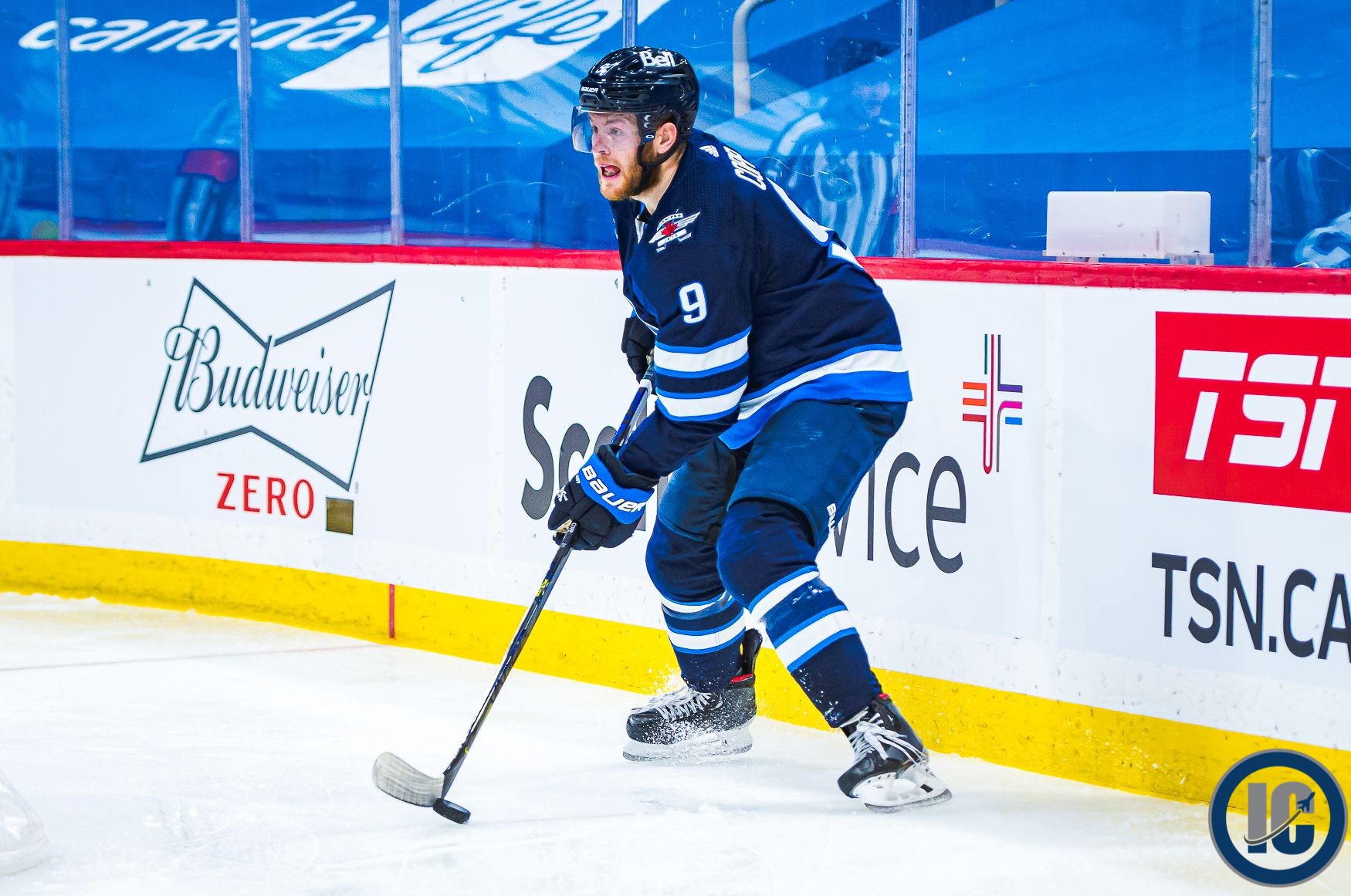 Winnipeg Free Press: Confident Jets can clear playoff path in Calgary. (Paywall).  You’ve won two straight and you are up against a team that has lost three straight. If ever there was a time for the Jets to step on a team’s throat that would be tonight in Calgary to really solidify their spot in a playoff spot.

Sportsnet: Andrew Copp constantly pushing for more as Jets continue to climb.  Ken with more on the hard-working forward who has been pushing for a bigger and bigger role on this Jets team each year he has played on it.

TSN: Jets have sights set on adding a defenceman. Jets talk with Frank Seravalli starts at 2:02. Usual discussion about interest of Winnipeg in Ekholm and Savard. Mentions that both Nashville and Columbus not certain as to whether they will be sellers or stand pat ahead of trade deadline.

Illegal Curve: Moose shake off rust, score a buzzer-beater to tie the Rocket and then win it in a shootout.  If I hadn’t been in the building last night I am not sure I woulda believed it.  A red-hot Laval team who had won six straight up against a Manitoba team that hadn’t played in 12 days and yet the Moose came back in dramatic fashion and ultimately won the game.

Winnipeg Free Press:  Moose down streaking Rocket. (Paywall).  Taylor was also in attendance last night and here is his recap of the contest.