Moose shake off rust, score a buzzer-beater to tie the Rocket and then win it in a shootout

The Moose were coming into tonight’s game having had 12 days between games whereas the red-hot Rocket just finished sweeping the Heat and have won six straight games. 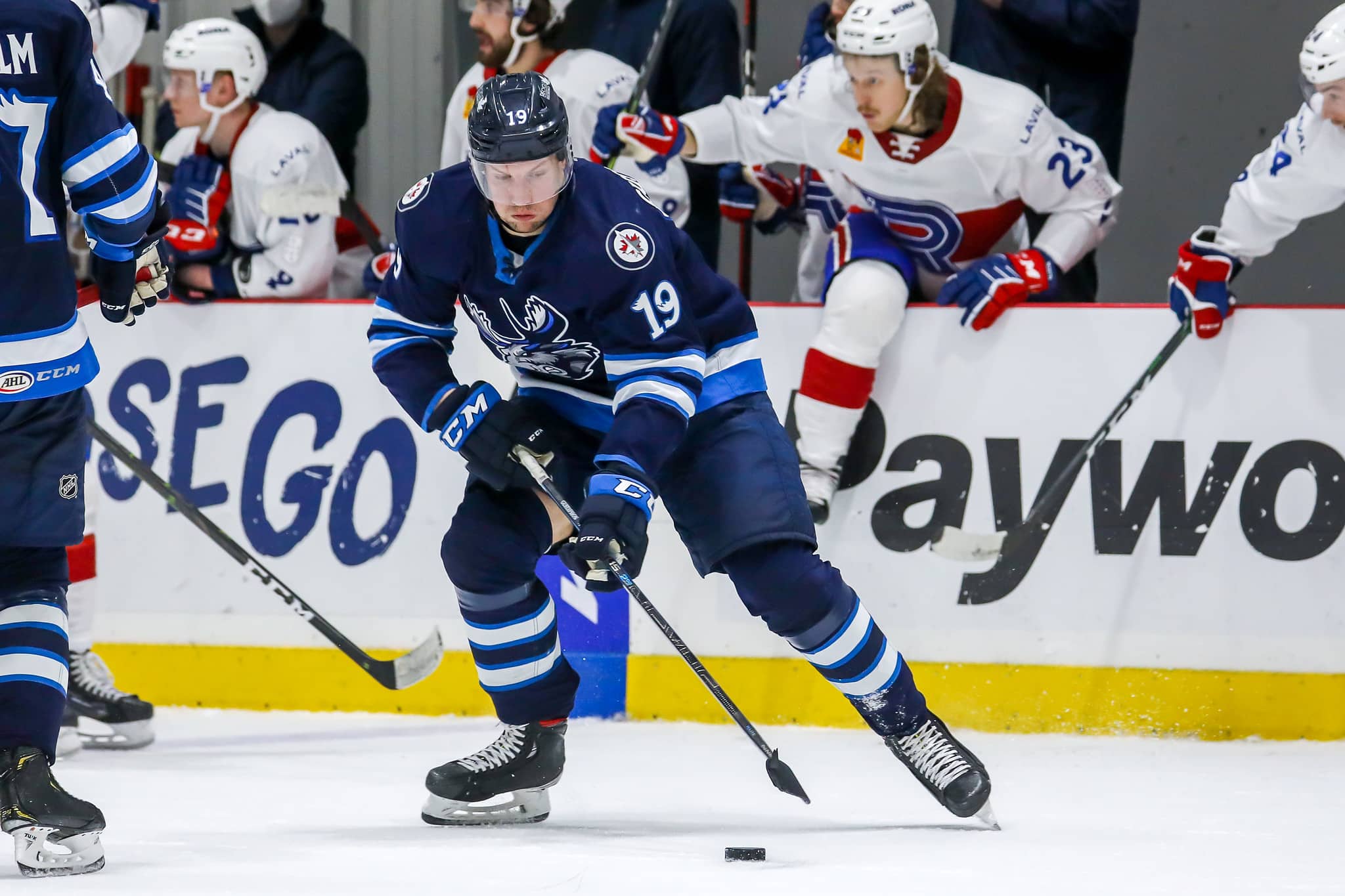 It was an unexpected comeback for those of us watching from above as the Moose found themselves down 3-1 in the 3rd period and slightly frustrated after hitting three posts/crossbars in the final 20 minutes of play. However they would pull Mikhail Berdin with 3:18 left in the final frame and would get within one when Gustafsson won a faceoff to Vesalainen who blasted it on net and which was tipped by Skyler McKenzie with 36 seconds left on the clock. With Berdin pulled they set up again 6 on 5 in the Rocket zone and David Gustafsson wired a shot home with less than one second on the clock to send it to OT.  Extra time solved nothing and then Nathan Todd played the shootout hero.

First year pro Jeff Malott continues to score as he put the puck in the net in the first period to give him eight on the season which gives him top spot amongst rookies for goals scored.

Jets prospect David Gustafsson (2018 2nd) scored the first ever buzzer beater of his career as he scored with under a second to go in the game to send it to OT.

Peter Krieger picked up his first ever AHL point in his second game.

Jets 2017 5th rounder Leon Gawanke played his first game after being in concussion protocol after a hit in Ottawa back on March 6th.

The Moose and Rocket are gonna be right back here tomorrow night for the second game of this four game series between these two clubs.  Puck drop is at 6 PM CST.