Note:  We heard from Jets GM Kevin Cheveldayoff and forward Andrew Copp on Tuesday afternoon as the Jets start to get ready for their training camp which gets underway on Sunday.  You can listen to Cheveldayoff’s scrum here and Copp’s scrum here.

Note II:  After a busy afternoon of Jets news things took a twist when Pierre LeBrun of TSN reported later in the evening that he was informed by Jack Roslovic‘s agent (Claude Lemieux) that the 2015 1st rounder has requested a trade out of Winnipeg.

Note III: Ken Wiebe over at Sportsnet is taking your pre-Training Camp related Jets questions.  Check out this tweet which you can respond to or you can email him (also posted in the tweet).  It will be posted on Thursday.

The Athletic:  How we’d run the Jets: Make a trade decision on Patrik Laine. (Paywall).  The crew over there took a look at a number of factors including: 1) the salary cap situation 2) the analytics/Stanley Cup checklist 3) four key questions about the team’s prospects and 4) a game plan for the general manager.

Winnipeg Sun:  Copp ready to hit ground running, second-line job or not.  You really got the sense of determination from the Michigan product.  He wasn’t feeling sorry for himself that he wasn’t going to be gifted the 2nd line centre spot.

Winnipeg Free Press:  Copp moving to Plan B. (Paywall).   As he and other players have said, you just always have to be ready for when opportunity presents itself.

Winnipeg Free Press:  Roslovic’s role now stay-at-home centre. (Paywall).  Kudos to the headline writer on this one.  Roslovic is back home in Ohio waiting for something to happen.

Winnipeg Free Press:  Jets’ Chevy at maximum RPM.  (Paywall).  There was a lot discussed in his chat with the media and Mike breaks it down here.

The Athletic Winnipeg:  On Patrik Laine’s future, plus Jack Roslovic, Jets’ top prospects and more. (Paywall).  Quite a few things happened on Tuesday and Murat provides his insight into it all.

TSN:  Cheveldayoff on Laine: ‘He’s probably going to have one of the best years of his career’.  It is certainly gearing up to be a good opportunity for 29 playing on a line with 25 and 27.  Although unlike the picture below suggests you probably shouldn’t expect him to be taking too many faceoffs. 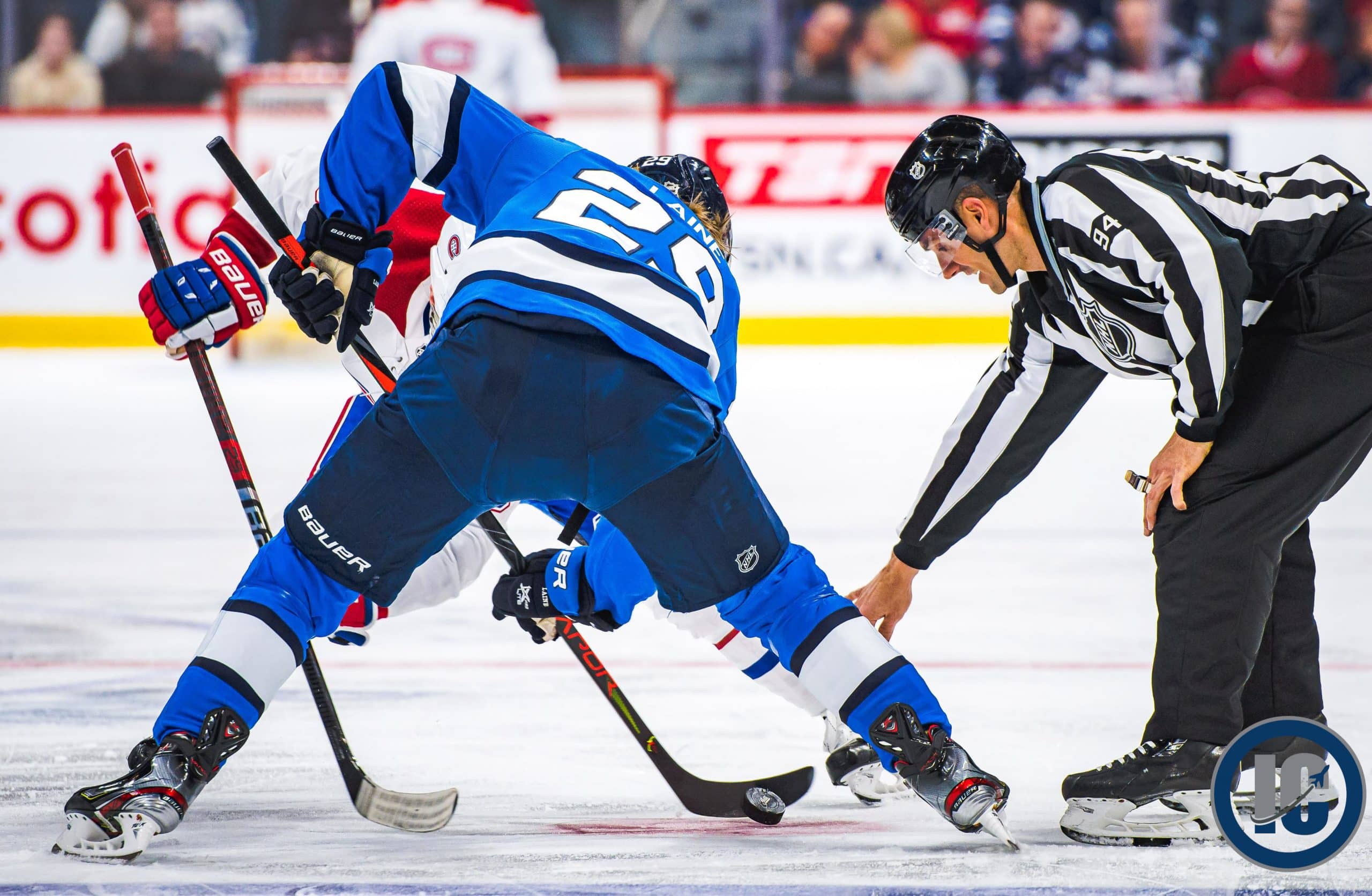 Sportsnet:  GM Kevin Cheveldayoff predicts big things for Patrik Laine in 2021.  Ken wrote about all the newsworthy events of the day on Tuesday.

CBC:  Adaptability key to successful 2020-21 season for Jets.  In a condensed season like we are about to witness the team that can pull it together quickly and evolve when needed will likely put themselves into a favourable position.

TSN:  Are the Jets a playoff team in the all-Canadian division?  The Jets were bounced from the bubble by the Flames in the qualification round last postseason but have made some moves since to improve the roster, including acquiring a familiar face in Paul Stastny. Has Winnipeg done enough to be a playoff team in the tough all-Canadian division? That’s Hockey debates.