Stanley Cup news: Rangers-Devils is game on, gloves off. Devils’ run through the playoffs lacking one common ingredient: the playoff beard. Kings and Coyotes have overcome a checkered past. Coyotes still under the radar.

Jets official site:  Plays of the Year – Round 2, Match-up 5.  Bryan Little against….Bryan Little.  While I admire the uniqueness of the 5 on 1 goal the Jets scored, the goal he scored against Boston is all him, so probably more impressive. 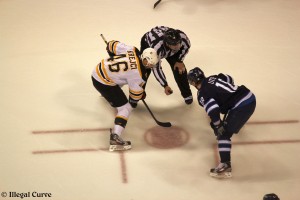 The Telegram:  IceCaps advance to conference final with Game 7 win.  While WBS gave St. John’s a good fight, but with the win, the Caps are getting a date with the other Eastern Conference titans, the Norfolk Admirals.

Scranton Times-Tribune:  WBS Penguins eliminated with 3-2 Game 7 defeat.  The Baby Penguins made it a lot closer of a series than was expected.

New York Daily News:  Rangers-Devils is game on, gloves off.  Let the animosity begin.  Interesting that both Conference Finals feature teams that faced each other 6 times during the regular season.

L.A. Times:  Kings and Coyotes have overcome a checkered past.  The two Pacific Division rivals finished extremely close during the regular season.  Many are picking the Kings to dominate this series.

Arizona Republic:  Coyotes still under the radar.  The role of underdog continues to be embraced by these Desert Dogs as they continue to chart their course through the 3rd round of the playoffs.