Winnipeg Free Press:  Selinger ices free tickets.  Is anyone else already tired of this ‘scandal’?

Winnipeg Sun:  Jets fans set fire to Coyotes jersey. (video).  I don’t even know what to say.   While I may have understood this behaviour prior to May 2011, at this point Jets fans have a new ‘love’ in the Jets 2.0 and there is little value in being ‘hung up’ on our previous relationship.

The Telegram:  Penguins beat IceCaps 4-2, force a Game 7.  The IceCaps have lost momentum and that is not good considering they will back in action tonight at Mile One Centre.

Washington Post:  Hunter here for the long haul?  Appears that Dale Hunter might be trading London, Ontario for Washington, D.C.

New York Daily News:  History at MSG gives Blueshirts a 7th sense.  Something tells me that these Capitals aren’t going to throw in the towel because the Rangers are 4-0 all-time in Game 7’s at MSG.

L.A. Times:  Mike Richards finds success away from Philadelphia.  An L.A. and Philly Stanley Cup final would have been quite incredible, but alas it was not to be.  As Jets fans saw, Richards is quite a force on the ice and should be really interesting to watch the Kenora native in the Conference Finals. 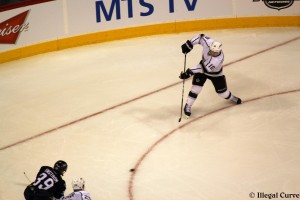 Arizona Republic:  Hockey finally gets moment in the sun.  The Desert Dogs are finally getting their time to shine, but the question remains if this is too little too late.

Star-Ledger:  Devils Pete DeBoer and Capitals coach Dale Hunter have history.  Who needs mutual admiration when you can be fuelled by hate, which seems to better describe the relationship between DeBoer and Tortorella.  Speaking of hatred of the Rangers, Martin Brodeur began hating the Blueshirts early in his career.