Note:  It has been 142 games since the Jets last played a game that counted.  That game was also in Edmonton but unlike back in March tonight they will take on the Calgary Flames in game one of their play-in series.  Be sure to check back for the pre-game report and be sure to check out the post-game recap following the game.  Puck drop is at 9:30 PM CT.

Note II:  Join us for three hours of Winnipeg Jets and NHL hockey talk on the Illegal Curve Hockey Show on TSN 1290 Winnipeg as we kick off the start of the play-in series.  Show gets going at 9 AM CT and we hope you’ll join us.  Listen here.

TSN:  Jets, Flames set to face off in playoff format not seen in decades.  Considering how things went for the Jets back in 1986 against the Flames in that best of five I suspect Winnipeg will be doing their best to ensure there isn’t a repeat of history.

Winnipeg Sun: Morrissey set to go against family and friends when Jets take on his hometown Flames.  The kid from Calgary gets a chance to go up against the team he grew up cheering for. 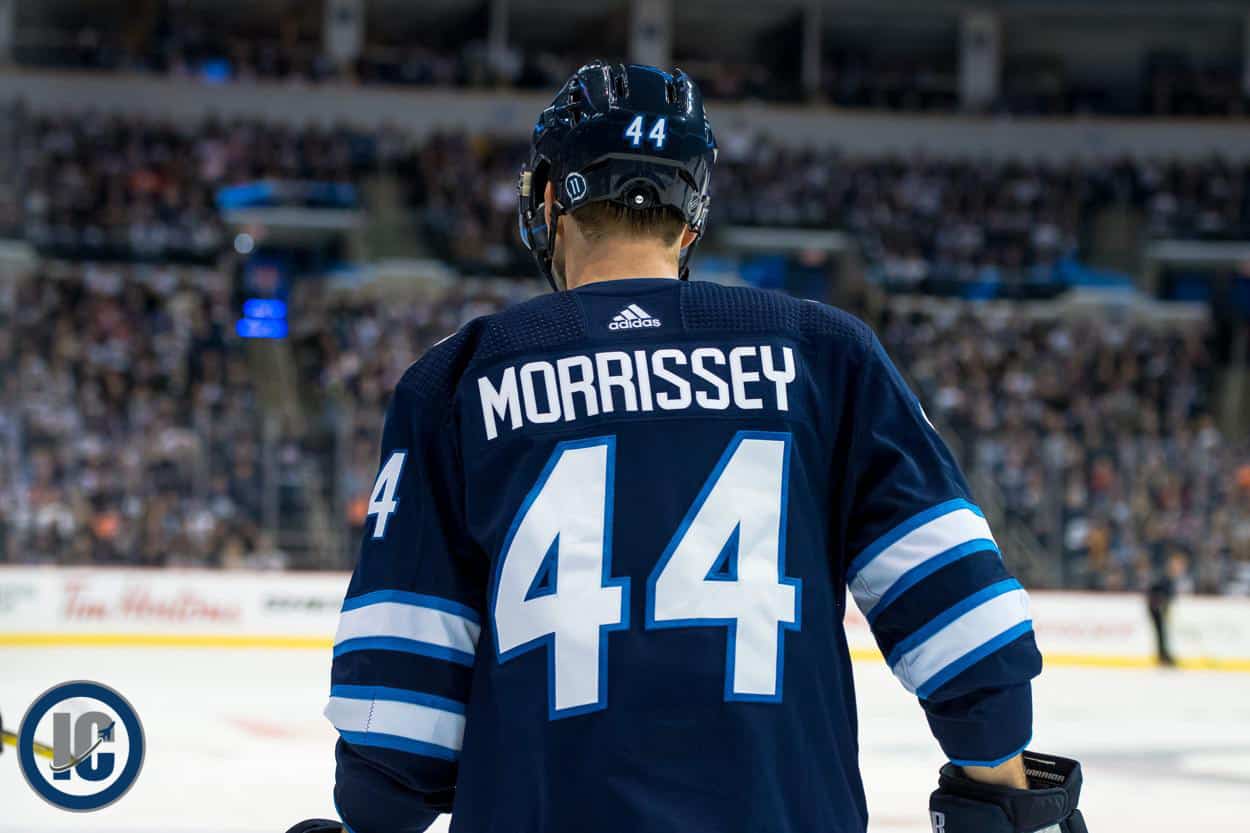 Winnipeg Sun: Jets coach Maurice savouring the ‘special time’ created by these once-in-a-lifetime NHL playoffs.  There is certainly an opportunity to be embraced given how unique the play-in series/playoffs will be.

Winnipeg Sun:  The five most important players in the series.  On both teams there are plenty of players who could have cracked this top 5 but Ted gives you his in his latest column from Edmonton.

Winnipeg Free Press:  Slight difference in the differentials.  (Paywall).  At look at the numbers to provide you with some insight into the Jets and Flames series.

Winnipeg Free Press: Let’s get the action started, eh? (Paywall). Today will be a day like no other in the sport of hockey.

Winnipeg Free Press:  Jets look primed to extinguish Flames in qualifying round.  (Paywall).  Mike with the bold prediction.  He sought out the advice of former Jets assistant coach Todd Woodcroft.

Global News:  ‘There is a World Cup feel to this’: Winnipeg Jets brace for series opener.  It is certainly gonna be quite the tournament.

Sportsnet: Five bold predictions for the 2020 Stanley Cup Playoffs.  Jets fans will like that prediction.

CBC:  The Flames are favoured by oddsmakers and analytics nerds alike.  Feel like this headline needs Ogre from Revenge of the Nerds yelling “neerds“.  But enough about those classic 1980s movies.  I was actually contacted by a sports betting liaison who indicated that the betting had picked up on the Jets but not according to this article.

TSN: Does Hellebuyck gives Jets an advantage over Flames?  The situation in net for the Jets and Flames couldn’t be more different. As the two get set to square off, Connor Hellebuyck will carry the load for Winnipeg while, as Sara Orlesky explains, there’s still no clear-cut number one in Calgary.

Sportsnet:  Ward and Flames can’t find any weaknesses on Jets to expose.  Flames head coach Geoff Ward discusses what he thinks it will take to beat the Winnipeg Jets in a 5-game series, says they have no weaknesses, says the only way they’ll be successful is by pure defence.

Sportsnet: Real excitement and enthusiasm for Jets heading into series vs. Flames. Jets head coach Paul Maurice discusses how different it feels to jump into playoff atmosphere without the grind of an 82-game season, and why they have no real read on the Calgary Flames heading into their series.

TSN 1290 Winnipeg:  As we speak, I’m getting more and more excited to play.  Jets starting netminder Connor Hellebuyck joined the DonVito Roundtable live from the NHL bubble in Edmonton, talking Jets vs. Flames, how he’s feeling approaching the playoffs, how the Jets are looking and even touched on life within the bubble.

TSN:  Ray & Dregs Podcast.  Jets Head Coach Paul Maurice joined Ray Ferraro & Darren Dreger from ‘Inside The Bubble’ and the guys go behind the scenes with Paul on ‘Hub life’ as the Jets get set to take on the Flames in their Stanley Cup Qualifier series with Game 1.