Note: On Friday we saw a bit of a switch as the Jets went from two groups to two teams on day 5 of training camp in order to have their first scrimmage.  You can also hear from coach Paul Maurice from his media availability yesterday here.  They are off today but will be back in business on Sunday.

Note II:  The big news on Friday although not unexpected was that Jets goalie Connor Hellebuyck has been named a finalist for the Vezina Trophy.

Note III:  While the Jets will be off today The Illegal Curve Hockey Show returns from our pandemic hiatus and will be LIVE on TSN 1290 Radio! Be sure to join us from 9 am until 12 noon!  Listen here.

Winnipeg Sun:  Things about to get even more unusual for Jets as they prepare to enter NHL ‘secure zone’.  It is going to feel like watching an episode of Big Brother (although I’ve never watched the show).

The Athletic Winnipeg:  Josh Morrissey’s maturity and other observations from Week 1 of Jets camp.  (Paywall).  Murat takes you into training camp from the past week.

The Athletic Winnipeg:  Coaches — and one former rival — sound off on Blake Wheeler’s leadership. (Paywall).  Number 26 getting some high praise.

Sportsnet:  Why Hellebuyck is a deserving Vezina candidate.  There are a laundry list of reasons that the Jets top netminder will likely be the NHL’s top goalie when the award gets handed out. 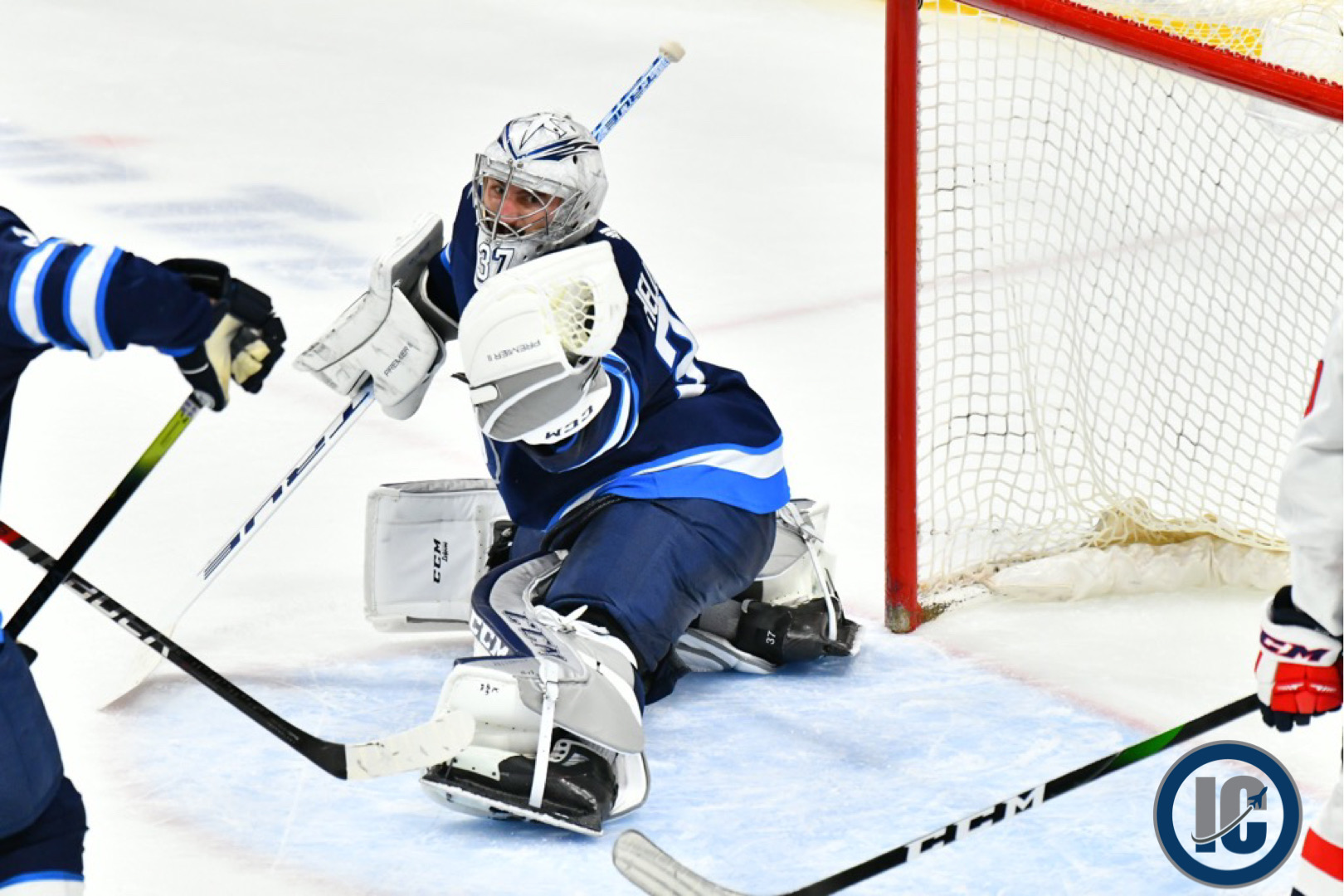 Winnipeg Sun: Hellebuyck showed early he was set for award-winning season.  Considering what he has been able to achieve given the player movement this season makes it all the more impressive.

Winnipeg Sun: Jets Snapshots. Ted looks at a number of topics in this piece including: 1) Pace high as Jets play first intra-squad scrimmage since shutdown. 2) Kyle Connor carrying on. 3) Laurent Brossoit good to go. 4) Status quo for Bitetto and Stanley.

Winnipeg Free Press: Jets goaltender nominated for, and should win, Vezina Trophy.  (Paywall).  I’m with Mike on this one.  Would be shocked if number 37 doesn’t take home his first Vezina.

Winnipeg Free Press: So far, so good at Jets’ summer training camp.  (Paywall).  Mike gives you his observations from camp so far including: 1) There’s still some rust to shake off. 2) Josh Morrissey has been very noticeable. 3) The starting lineup is likely set, but there’s still some battles going on. 4) Keeping the virus at bay? 5) An exhibition game? Really? 6) Who’s going to be broadcasting the qualifying series?

Winnipeg Free Press:  Chaplain Lorne Korol has never been busier counseling, comforting city’s pro players.  (Paywall).  Pastor Lorne is a terrific human being.  I always enjoy an opportunity to talk to him in the pressbox.

TSN:  Hellebuyck’s Vezina worthy season a big reason for Jets’ success. For the second time in three seasons, Connor Hellebuyck has played himself into a Vezina finalist position. It’s the level of play that the Jets will need from their netminder if they are to have success. Sara Orlesky has more on the admiration his teammates have for the quirky goalie.

TSN:  Hellebuyck is the clear Vezina front runner.  Connor Hellebuyck, Tuukka Rask and Andrei Vasilevskiy were named the finalists for the 2019-20 Vezina Trophy. Craig Button joins Cory Woron to explain why the Jets’ goaltender is the clear front runner because he faces far more high-quality chances than the others.