Note: This is day five since the NHL hit the pause button on the 2019-20 season.

Note II:  The NHL has provided a new directive for players this morning saying they can return to their home cities but would need to self-quarantine.

Sportsnet: How 24-team Stanley Cup Playoffs could look after halted season.  Sounds like a better idea than re-starting the regular season.  Like the idea of the teams that are top getting a bye and the rest playing a best of three series to get in.  May as well reward the top teams.

The Athletic Winnipeg: Emotional few days after Jets’ owner changes course and agrees to pay employees. (Paywall).  Murat touched base with a worker impacted by the decisions made over the last few days.

Winnipeg Sun:  Jets finally end self-inflicted PR nightmare.  Wasn’t a good look and it appeared that the overriding sentiment was a negative one to the initial comment and secondly the letter released by the organization.

Winnipeg Sun:  Jets fan calls on grassroots fundraising for arena workers.  Nice to see but certainly not the responsibility of fans to pay the costs in this instance. 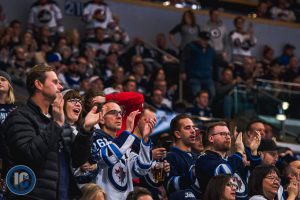 Winnipeg Free Press:  Jets alter course, will pay part-time workers.  (Paywall).  Not surprised this was the conclusion reached and I did say on Saturday’s show that I would expect something before when the next home Jets game would have been (which is tomorrow).

Illegal Curve:  With the NCAA cancelling winter championships what might be next for Winnipeg Jets draft pick Dylan Samberg?  All eyes are on the Hermantown, Minnesota product.

Topics: NHL suspends 2019-20 regular season due to COVID-19 pandemic, Jets win 4 games in a row before NHL season suspended, NHL urges players to self-quarantine to help save season, How will the NHL handle the rest of the regular season and the playoffs, True North’s response to the NHL shutdown.