Note:  September is here and we have put out a list of important dates for the Winnipeg Jets, Manitoba Moose and the newest kid on the block Winnipeg Ice.

NBC Pro Hockey Talk:  What can we expect from Patrik Laine in 2019-20?  If his shooting percentage gets back to 18% then probably an additional 10-15 goals.  And if he has worked on the elements of his game that needed work it could be a huge year for the Finnish sniper with the rocket shot.  Especially if he signs a bridge deal.

NBC Pro Hockey Talk:  Heated seat switched on for Jets’ Paul Maurice.  High expectations won’t diminish this season and it will be incumbent on the Jets bench boss to ensure that a second half decline doesn’t occur again this year. 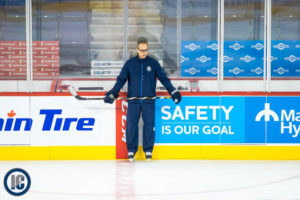