Note II:  The Jets announced their roster and game dates/times for the Rookie Showcase tournament which this year will take place in Belleville, Ontario as they do battle against the Habs and Sens young guns.

The Athletic Winnipeg: Winnipeg isn’t exactly rebuilding but growing pains are on the way. (Paywall). Not exactly a confidence inducing headline as Murat delivers his state of the franchise article.

Winnipeg Sun: Why trading Nikolaj Ehlers would be a regrettable move.  To me it simply doesn’t make a lot of sense to trade Nik Ehlers. When you have a player who can do what Ehlers can do, you just don’t deal that away. His cap hit is also very reasonable. Scott has more on the topic. 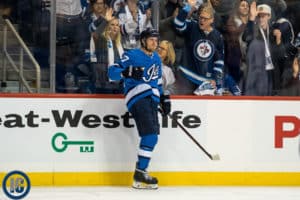 Winnipeg Sun: Patrick back on home Ice.  Paul Friesen caught up with the Head Coach of the Winnipeg Ice to talk about the upcoming season.