Note:  The World Junior Summer Showcase continues in Michigan and Finland assistant Tuomo Ruutu had this to say about Jets 2019 1st rounder Ville Heinola (via Scott Wheeler) “He’s a top player in the whole world and he already played last year. You guys see him out there. He’s a great player. There’s a reason why he was drafted in the first round this year. We’re going to need him for sure.”

Note II:  Yesterday we took a look at the first ever draft class for Winnipeg post relocation from 2011 and today we will continue our retrospective with the 2012 class from the NHL Draft in Pittsburgh.

Winnipeg Sun: Peace and quiet not necessarily a good thing for Jets.  Without much news Paul imagines the types of conversations being had between Jets GM Kevin Cheveldayoff and the agents of the top RFAs for Winnipeg. 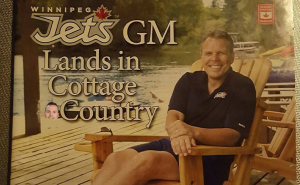