Note: On Saturday morning the Jets announced they had signed Finnish forward Joona Luoto to a three-year, two-way contract.  Better start boning up on your Finnish between the Jets and Moose.

NY Post: Rangers, rivals set to battle for Jets’ Jacob Trouba at steep cost. As I spoke about on yesterday’s Illegal Curve Hockey Show anytime you can create a bidding war for your player (especially among these three bitter rivals) it can only help with your return.

NBC Sports: Five candidates to have contracts nixed from the books.  Not a surprise to see number 5 on this list of five. 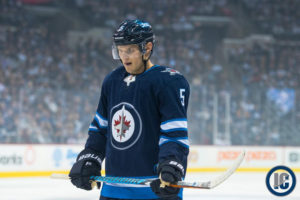