Another Finnish forward on the roster. 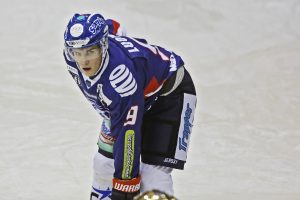 Better start boning up on your Finnish as the Jets have now added another forward from Finland to the roster after signing Joona Luoto on a three-year, two-way contract.  The Jets now have Patrik Laine, Sami Niku, Kristian Vesalainen as well as Santeri Virtanen (2017 4th rounder) who spent last season with SaiPa Lappeenranta in the Finnish Liiga in the fold.

When Murat Ates of the Athletic was in Finland for the Global Series this past November he spoke with Luoto for a piece he was doing on Jets sniper Patrik Laine which you can read (paywall) here.

He also spoke today with the newest member of the organization who told him:

Just had a quick chat with Joona Luoto, Winnipeg’s latest signing, who is training in Tampere.

Says he’ll be be at Jets development camp this summer with sights on an NHL job but can see himself starting with the Moose and working his way up from there. “I’m open to everything.”

Luoto says he received congratulations and a warm “Welcome to Winnipeg” message from Laine.

Will Laine and Luoto, longtime friends, become roommates too? Perhaps with a strict Fortnite regimen?

“No. We are not going to live together. That’s for sure. Yeah. No.”

The Winnipeg Jets announced today they have agreed to terms with forward Joona Luoto on a three-year, two-way contract with an average annual value of $758,300.

Luoto, 21, has played the last three seasons in Liiga with Tappara. He had 16 points (8G, 8A) in 58 games last season and four points (2G, 2A) in 11 playoff games. He has 38 points (21G, 17A) in 129 career games in Liiga and won a Liiga championship with Tappara in 2016-17. Luoto and Patrik Laine were teammates for several Tappara teams growing up, including their U18 and U20 teams. Internationally, Luoto represented Finland at the 2017 World Junior Championship where he was teammates with Kristian Vesalainen.