Note:  The Jets returned to Winnipeg last night after completing their two-game road trip with a 4-3 shootout win over the Bruins in Boston thanks in large part to the play of Connor Hellebuyck in net and Kyle Connor who contributed two goals and the shootout winner.  Today the Jets were scheduled to practice but likely couldn’t get their vehicles started due to this polar winter so practice was cancelled.  Instead they will hit the ice tomorrow morning for AM skate ahead of their game against the Blue Jackets.

Note II:  Today is the final day for the Moose to enjoy some AHL All-Star rest and relaxation before the team resumes their road trip.  They’re got three games remaining beginning with a re-match against the Admirals in Milwaukee who beat the Moose 8-2 last Saturday.

Note III:  Fans of junior hockey here in Winnipeg finally got confirmation of the news which was made official on Tuesday that the Kootenay Ice are relocating to Winnipeg for the 2019-20 season.

Winnipeg Sun:  Jets get emotional lift from pair of fights as they battle to shootout win over Bruins.  Ted looks back at the win the Jets secured over the Bruins.

Winnipeg Free Press:  Connor scores twice in third as Jets beat Bruins 4-3 in shootout. (Paywall).  Jason was in Boston last night and he recaps the action. 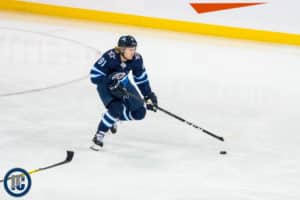 Winnipeg Free Press:  Jets need roster fix for playoff push.  (Paywall).  With the Leafs getting Muzzin the other day are the Jets going to be faster to bid for the services of a new player or two?  Mike seems to think so.

NESN:  Boston feels ‘re-energized’ despite shootout loss to Jets.  Read about the game recap from a beat writer that covers the Bruins.

Boston Herald:  Bruins can’t keep pace with Kyle Connor, Jets in shootout.  Lots of talk about the play from the kid who got passed over by Boston back in 2015.

TSN:  Maurice sends message to Laine with three shift second period.  Patrik Laine finished with a – 1 rating, zero shots and only saw 2 minutes and 17 seconds of ice time in the second period over three shifts. Jamie McLennan looks at the message that was sent by Paul Maurice to his young star.

TSN: If Jets are going to be a contender, Hellebuyck has to return to last year’s form. With his numbers down this year compared to last season, TSN Hockey analyst Ray Ferraro explains what he expects to see from Connor Hellebuyck in the second half as the team heads to the playoffs.