Winnipeg Free Press:  There’s too much killing.  It was quite evident earlier this season that the Jets were heading to the sin bin way too much.  While they are generally still out penalizing their opposition, they have cut down on the number of trips to the penalty box each game. 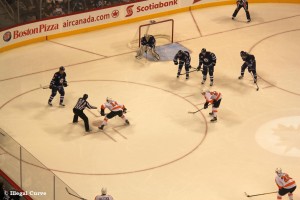 Winnipeg Sun:  Wheeler back in Boston as key player for Jets.  He had shown flashes of what he could be when with the Bruins but it is with the Jets that he has consistently put forth an effort that has fans jumping out of their seats.


Winnipeg Sun:  Renewal of hope for Jets.  The Jets are about to get a very big test.  While they polished off the Sabres on Saturday night, tonight they face one of the the top teams in the East.

Winnipeg Free Press:  MLCC raps Jets’ owner for beer served to minor.  There really isn’t any wiggle room when alcohol is served to a minor, even if as in this instance, the kid’s parent is involved in the subterfuge.

The Telegram:  Top-notch effort could pay future dividends.  I really hope Jets fans are paying attention to what is happening over on the East coast.  This Caps team is setting themselves up for a very likely Calder Cup run which would pay dividends when the prospects are ready to make move to pro game.

ESPN:  Bruins won’t run away from style.  End of the day, these are the defending Stanley Cup champs.  There are 29 other teams who wish they were the Bruins last year and it is hard to argue with what has made them successful.

TSN:  Marchand suspended five games for hit on Salo.  You won’t hear any Jets fans complaining about this suspension as they will benefit from his absence tonight.

NESN:  Benoit Pouliot likely to play expanded role.  He has shown in the past that he can step in and elevate his game.