Winnipeg Free Press:  Jets foes this week trying to navigate troubled waters.  As coach Noel said the other day you can’t look past any of these teams.  The next 3 games are against teams below the Jets in the standings and are all must-win games to ensure a successful January.

Winnipeg Free Press:  December fine, but it’s a whole new month now.  Winnipeg actually slipped to 9th after the red-hot Capitals won their fourth straight game last night.  The Jets now have to alter what happened to them last season as the Thrashers and continue to play good team hockey.


Montreal Gazette:  Soaring Jets land in Montreal.  This Jets team is almost unrecognizable from the team they used to be.  Will this transformation continue.  We are about to find out.

Winnipeg Sun:  Fill-ins give Jets surprising depth.  As Paul suggests, if there was one thing you didn’t think the Jets had a lot of before the season began was depth.  But the guys who have been called on to fill-in for injured players have more than stepped up their game.

Winnipeg Sun:  Jets find way to win.  If you remove that Red Wings road game, the Jets played tremendously well defensively all month long.  There is no question where this team’s strength resides and coach Noel has gotten the best out of his defensive pairings.

United Way:  Sweet Seats.  Another Winnipeg innovation using Jets tickets to raise money for a worthwhile cause.  A $20 ticket could turn into quite the opportunity to take in some Jets games.  Check out that view from suite 26. 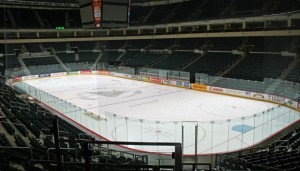 CBC:  Jets resurgence.  This is not the same team that started the loss limping out of the gate.  A much more cohesive unit, the Jets appear to have bought into coach Noel’s system.

Daily Gleaner:  University of New Brunswick Varsity Reds add sniper.  Looks like Brandon, Manitoba’s Shayne Wiebe is staying out East after getting cut by the IceCaps, to play University hockey for UNB.

Montreal Gazette:  Habs happy to welcome back Gionta.  Good news Jets fans, he won’t be back for tonight’s game against Winnipeg.