Jets news – Power rankings – Jets finally get off the ground. Evander Kane is all business. Bogosian stays true to his roots. Fehr hike would be welcome. Little may play vs. Habs.

Affiliate news – St. John’s IceCaps: The ups and downs of a pro goalie.

CBS Sports:  Power rankings – Jets finally get off the ground.  The Jets turned on the December afterburners and are marching up the power rankings, hitting 11th spot on the list of 30 NHL teams.

The Province:  Evander Kane is all business.  He has quickly become one of the top offensive players for the Jets.  And could you imagine his point total if they counted shots off the posts.

Winnipeg Sun:  Bogosian stays true to his roots.  His big shot and easy manner have made Bogosian a quick fan favourite.  He continues to develop under assistant coach Charlie Huddy, who knows a thing or five about developing prospects. 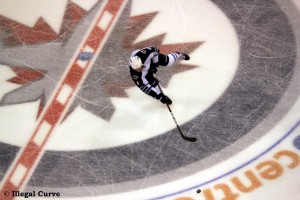 Winnipeg Free Press:  Fehr hike would be welcome.  Is this a media generated controversy?  We will see today when the media converges on Eric Fehr following practice.

Winnipeg Sun:  Little may play vs. Habs.  A healthy Jets team to start off the new year is just what the doctor ordered.  Getting Little back is especially important considering that the Jets need to show the rest of the NHL that they can be road warriors.

The Telegram:  The ups and downs of a pro goalie.  David Aebischer has started to regain his form with the IceCaps and now with Peter Mannino’s ouster, it is down to him and Edward Pasquale as the tenders for the red hot Caps.  One has to appreciate the formula for hockey nicknames.

Montreal Gazette:  Time for Molson to end GM’s horror show.  It is quite amazing how GM’s, who have access to the ownership, manage to survive while a coach quickly becomes the fall guy.  In this situation, Gauthier has nobody left to blame.

Globe and Mail:  Canada’s junior team pumped for Calgary semi-final.  It is going to be an absolutely electric atmosphere at the Saddeldome in Calgary tonight.  You can bet that a significant percentage of Canadians in this country will be tuning into the game.

Winnipeg Free Press:  Hockey’s teen idols.  It is interesting to note how quickly these kids gain fame as a result of the exposure they receive from this tournament.