More competition with more healthy bodies. Jets have finally settled in. Jets just scratching the surface. Little unlikely to play Tuesday. Antti should be real pro. Thorburn loving life as a Jet. Merry Jetsmas to all, and to all a new jersey. Defrauded fan’s website warns public of Jets tickets ripoff. Give so others can live.

Next opponent news – New York Islanders: Nabokov could get the start against Jets.

Note:  As per usual stay with IC throughout the day as we will have audio from both the Jets & Islanders today following practice, as well as live tweeting from coach Noel’s always humourous game-day press conference from the @illegalcurve account.  We will also be in both the Islanders and Jets rooms following the game and will bring you the post-game reaction.

Winnipeg Free Press:  More competition with more healthy bodies.  The return of players like Antropov and Enstrom will be quite important as the Jets look for some consistency.  Even with their return, the loss of Bryan Little creates a big hole up the middle.  The Jets getting healthy now though is important as they need a strong finish to the remaining games at home in December to continue to make the post-season push.

Winnipeg Free Press:  Jets have finally settled in.  If the Jets are Norm Petterson (from Cheers) does that mean Coach Noel would be Ernie ‘Coach’ Pantusso?

Winnipeg Free Press:  Antti-cipation.  While fans should be happy with the addition of the two-way player, those still basking in the Finnish glow from Teemu’s visit, need to remove any parallels they might have between the two Finns.  Ironically they do share the same birthday (July 3rd), separated by a decade.

Winnipeg Sun:  Jets just scratching the surface.  Jets fans have to absolutely love the words that Blake Wheeler is saying.  He is 100% correct.  These guys are professionals and just to “be there” shouldn’t and isn’t sufficient.  While this is certainly not the most talented team in the NHL, they work hard game in and game out and this had led to success on the ice (at the MTS Centre at least).  But as Wheeler said, they are only in 9th in the East.  They need to keep climbing and a win over the Islanders will show fans that there is more to what he is saying than simply words.

Winnipeg Sun:  Little unlikely to play Tuesday.  The dreaded ‘day to day’ prognosis remains for the speedy Little who has been dynamite for the Jets.  He had 3 goals in 4 going into the Ducks game and his ice time had jumped from 16-18 minutes (against Carolina and Detroit) to 21-23 minutes per game (Minnesota and Washington).

Winnipeg Sun:  Antti should be real pro.  He has had a lengthy layoff since he last saw action, so it should be interesting to see how he performs tonight.

Sault Star:  Thorburn loving life as a Jet.  Chris Thorburn has embraced everything about the move to Winnipeg.  While the results haven’t been as he would like (i.e. scoring a goal) he is the type of player his teammates love to play with.  While he has been temporarily bumped from the GST line, expect him to show the same effort playing on the 4th line with Tim Stapleton and Eric Fehr.  We think he is close to potting a goal.

Winnipeg Sun:  Merry Jetsmas to all, and to all a new jersey.  Jets gear is flying off the shelves.  If you want to buy some nice merchandise that will keep you warm all winter here in Winnipeg, why not buy yourself or your loved ones some IC Gear. 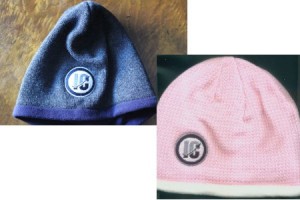 Winnipeg Free Press:  Defrauded fan’s website warns public of Jets tickets ripoff.  There have been many instances (unfortunately) of people being ripped off trying to do whatever they can to get into the MTS Centre this season.  Hopefully this fan’s story will make people a bit more wary when they venture online to buy a ticket to the hottest game in the province.

Winnipeg Free Press:  Give so others can live.  As the expression goes; it is in you to give!  Well now you have an opportunity to give and receive something for your trouble (more than the usually standard doughnut).  You can win tickets to a Jets game courtesy of the Fehr’s.

The Telegram:  Return of the captain.  The Jets are finally healthy, which is good news for the Caps, because it ensures the return of most of their top players.  Remarkably, the Caps have yet to lose in regulation (10-0-3-1) despite all the call-ups and with all these core players back, they will likely continue to dominate the AHL.

Newsday:  Nabokov could get the start against Jets.  Looks like the Islanders are not going to have a lot of extra players on this road trip.  Expected Islanders lineup within.