Winnipeg Free Press:  As of right now, it’s playoffs or bust.  While this team isn’t yet a Minnesota Wild type surprise this season, their solid play has surprised many as they continue to climb towards the playoffs.  Another big challenge awaits them tonight in Detroit rock city. 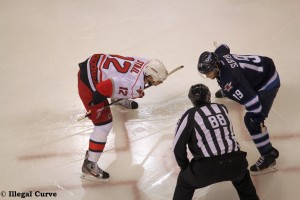 Winnipeg Free Press:  Supercharged Chevy.  The Jets GM has a Q & A with Tim Campbell and offers up some interesting answers for Jets fans.

Winnipeg Free Press:  Scheifele piling up points.  If you questioned the Jets plans for their #1 draft pick, you should be happy reading this article as he continues to develop well under the watchful eye of Ducky.

Winnipeg Free Press:  Winnipeg fans flying to buy TSN Jets.  I have friends who were never die hard hockey fans who haven’t missed a game.  There is no question now that the free period is over, that tens of thousands of Manitobans are stepping up and ordering this channel.

Winnipeg Sun:  Jets’ long road to recovery.  He is absolutely right.  This game had all the makings of a letdown but instead 34 seconds into the game, Big Buff and the Jets showed they mean business and they didn’t stop until the final whistle blew.

Globe and Mail:  When sports fans alter national anthems.  I couldn’t disagree more with the associate professor of music.  I don’t think there is anything disrespectful in the alteration of the song.  The emphasis on ‘True North’ simply pays homage to the organization that brought NHL hockey back to the province, without altering any words of ‘O Canada’.  I will have more on this topic, including the manner in which this tribute began.

Jets on a Deadline:  Game recaps, post-game audio, video highlights and tonight’s 3 Stars as chosen by the media at MTS Centre.

Post-game podcast:  Host Drew Mindell and analyst Richard Pollock break down all of the action while Dave Minuk and Ezra Ginsburg bring you the player reactions.

The Telegram:  St. Croix can relate to IceCaps’ three goalies.  An interesting recipe for success over on the east coast.

The Telegram:  Rumours of glory.  Caps coach Keith McCambridge is trying to keep his troops focused on the present and not what might be happening in June, but it is easy to understand why fans are seeing glory for this team.

TSN:  Ferriero key as Sharks edge IceCaps.  Sounds like the Caps had to deal with what the Jets are going to experience tonight in Detroit, players in the crease.

MLive:  Jiri Hudler capitalizing on chances to play with Zetterberg and Filppula.  The re-marriage between the Wings and Hudler didn’t get off to a great start upon his return from the KHL, but it appears they have started to regain that 2008-09 form.

Detroit Free Press:  Tomas Holmstrom miked up for tonight’s game.  Expect to hear a lot of interesting comments from the Jets crease.

Detroit Free Press:  Jets competing for native son Darren Helm’s fans.  It could only be expected as many Peggers’ have dropped their temporary teams in favour of a return to the Jets 2.0.