Next opponent news – Minnesota Wild: Red-hot Wild extends NHL-lead to 4, but are not satisfied with ‘that’. Brodziak scores a pair as Wild winning streak hits seven. The best team no one notices.

WDIV Detroit:  Red Wings fans welcome Jets to Joe Louis.  Great hockey fans in Michigan and quite accommodating.  Jets jerseys worn in the past were always met with warm responses, although you can expect that this will change when the Jets and Wings are in the same conference next season.

TSN:  Noel says emotion missing in Jets loss to Wings.  The Jets have today off to get their tank refilled and then it is back to the grind tomorrow as the team cannot afford to take any more nights off.  Every point is critical, and while the Jets sit 3 points behind 6th place Toronto in the East, they are also only 4 points up on 13th place Tampa. 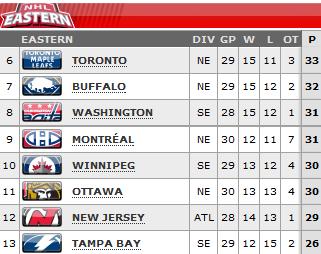 Winnipeg Free Press:  Pavelec’s once-super stats take a tumble.  Lucky for Mason the Wings took their foot off the gas in the 3rd period, only directing 3 shots on goal when he got into the net 1:12 into the 3rd.  The goal that Pavelec would most like to have back was that second Wings goal on a slap shot by Henrik Zetterberg.  A testament to the Jets goalie though, that he stood around answering questions following the lopsided defeat, rather than trying to avoid the media.

Winnipeg Free Press:  Burn the evidence.  Those who cannot remember the past are condemned to repeat it and the Jets are going to be forced to do some introspection after the 7-1 shellacking at the hands of the Wings.  Expect Coach Noel to figure out the best way to get his troops to respond.  Having said that, I wouldn’t have wanted to sit beside him on the plane ride home.

Winnipeg Sun:  Jets ‘back to reality’.  Sometimes it is good to have a reality check, so you don’t get too high on yourself.  If that is indeed a ‘good thing’ the Jets sure got that Saturday night.

Winnipeg Free Press:  Wings want Jets tickets.  No surprise that these two Manitoba products are going to need lots of tickets when the Wings come to town 3 times next season.  I’d say they should stand in line but since its 8000 people long, they are going to need to be a tad more resourceful when it comes to procuring tickets for friends and family.

Windsor Star:  Wellwood finds home in Winnipeg.   Bob Duff talks to former Windsor Spitfire star Kyle Wellwood about the opportunity he has had in Winnipeg. 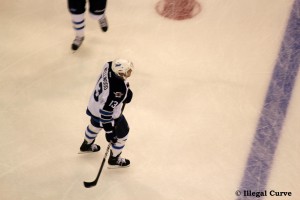 Winnipeg Sun:  Steinbach native finds happiness in Detroit.   The first thing you notice about Lidstrom is his size, or lack thereof.  Compared to some of the monsters out there like Chara or Pronger, Lidstrom has used a combination of skill and smarts to become one of the best defencemen of all time.  Ian White is rather fortunate to be getting the opportunity to play in a pairing with him and is clearly making the most of this opportunity.  With the retirement of Brian Rafalski last season the Wings defensive core was expected to take a hit but the big red machine keeps rolling along and it appears the Steinbach native has found himself a home in Motown.

Winnipeg Sun:  Late Winnipegger still part of Wings family.  A heartwarming story with an unfortunate conclusion.  The Wings and Mike Babcock brought a lot of joy to Earl Cook as he did for them.

Illegal Curve:    Jets on a Deadline.  Game recaps, video highlights and the NHL.com 3 Stars of the night. 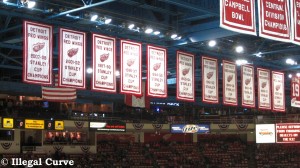 StarTribune:  Red-hot Wild extends NHL-lead to 4, but are not satisfied with ‘that’.  Bad news for Jets fans is the Wild have been road warriors this season going 10-3-2 away from the Xcel Energy Center.

ESPN Twin Cities:  Brodziak scores a pair as Wild winning streak hits seven.  The hottest team in the NHL resides in the Northwest division, and they will be taking on one of the best home squads of late from the Southeast.  Amazingly this will be the battle between two cities that reside in the dead center of North America.  Regardless of what division they are in, the Wild are simply the hottest team in the NHL and the Jets are going to need to play some excellent hockey if they want to win the game on Tuesday.

Sportsnet:  The best team no one notices.  Quite unbelievable.   They aren’t doing any one thing spectacularly, but are simply doing a number of little things correctly.  Enough so that they are currently 4 points up on the Flyers for 1st overall in the NHL, despite all the injuries to their roster.