Note:  The Jets return to practice after a day off on Saturday as they get ready for a visit from the Colorado Avalanche on Monday evening.

Winnipeg Free Press:  Jury no longer out on Hellebuyck: he’s for real.  (Paywall).  Many were anointing him the next one (within the context of Jets goaltending) and we are seeing it as his numbers get better and better the more games he plays for this team. 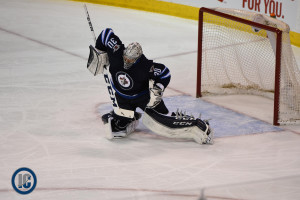 Winnipeg Free Press:  Jets finally starting to play style of game that gets points. (Paywall). Will really take a bigger win streak to know if this team is back to where coach Maurice wanted them to play all season long.

Winnipeg Sun:  Injuries blessing in disguise for Jets.  Paul wonders if what worked for the 2014-15 Jets might be just what the 2015-16 team needed as the adversity the team is facing may be just what the doctor ordered.

Winnipeg Sun:  Pivotal points for Jets may equal turning point to season.  While the team was behind the playoff line during the US Thanksgiving point it seems this may go down to the wire.

Charlotte Observer:  Werek saves Checkers in OT after Moose tie it up.  The Moose managed to salvage a point after giving up the first two goals in game one of their eight game road trip.