TSN:  Struggling Jets hope homestand can change things.  The Jets are going to need to pull off some big wins against some tough Southeast division competition this week.

Winnipeg Free Press:  Jets tap AHL talent to score some goals with St. John’s Jaffray, Kulda.  Looks like the prediction I made earlier today is proving accurate as the Jets are going to the farm for some help.

Winnipeg Sun:  Jets Stuart accepts blame in loss to Columbus.  While Mark Stuart did make a couple of mistakes, fact of the matter is this team isn’t scoring any goals.  One goal, which ironically was scored shorthanded by Stuart, isn’t sufficient especially when you are playing a team like Columbus which gives up an average of almost 4 goals per game. 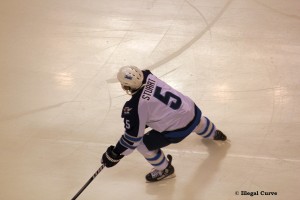 Illegal Curve:  Jets on a Deadline – Jets vs. Blue Jackets recap.  Game recaps, video highlights and the game 3 Stars from the Jets 2-1 loss to the Columbus.

TSN:  Jaffray scores hat trick as IceCaps double -up Whale.  With the lack of production the Jets are getting from their NHL forwards, they might be calling down to the farm to get some help as the guys in the AHL don’t seem to be having any issues producing.

St. Petersberg Times:  Lightning shut out by Blues.   If any coach can counter a defensive scheme, it is defensive mastermind, Ken Hitchcock.