Note:  Jets are on All-Star break but we are not.  As always, stay tuned to @illegalcurve for the latest Jets news.

Note II:  Sidney Crosby has pulled out of the All-Star game with a lower-body injury.  This is worth noting simply because it results in his inability to play in the next Penguins game (NHL instituted this rule so players who were selected wouldn’t skip the game) which comes against the Jets on the 27th in Pittsburgh.  The Pens are quite banged up right now and it sounds like both Evgeni Malkin and Kris Letang will also not be in the lineup against Winnipeg.

TSN:  Dreger Report – Countdown to deadline day begins.  He looks at the Canadian teams needs as well as provides a handy general list of potential trade bait from a number of NHL teams that may be looking to deal.

Winnipeg Free Press:  Playoffs a real possibility for red-hot Jets.  Cannot imagine the pandemonium that fans would bring to the MTS Centre for the first playoff NHL game since 1996.  Might even have to dust off my ‘Should there be a White out’ column.

Winnipeg Free Press:  Mid-term report card.  Ed writes about the first half of the NHL season taking a look at how we got to this point, the five juiciest storylines, the five storylines we never saw coming and a lot more in this column.

Winnipeg Free Press:  Not sweating period-3 troubles.  Quite a few blown leads for Winnipeg this season although for the most part they are walking away from those games with points.  They will have to tighten things up as they get into a critical phase of the season.

Winnipeg Sun:  Jets near the top of the class in marks at the all-star break.  Ken breaks out his grades for the team at the 48 game mark and there are plenty of high marks to go around. 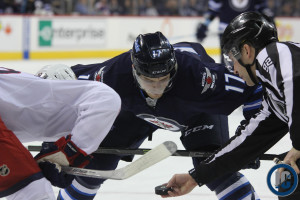 Winnipeg Sun:  Around the Horn.  Ted covers quite a bit in this article including his disdain for All-Star Game/World Cups/outdoor games, what to do with all the defenceman the team has as well as a number of other non Jets related topics.

CBC:  Together, Winnipeg Jets stand test of time.  Good long read from Jeff about the changes the Jets have undergone in just one year and how this team has become better as a collective.

CBC:  Jets ready for rest.  Some players and coach Maurice discuss the plans to recoup their energy as they relax during the break afforded them by the break.

TSN:  That’s Hockey (video).  The Jets have made huge strides since last year, as they were in 12th place in the East one year ago, and now sit in fifth. Jeff O’Neill hands out his midseason grade for Winnipeg, while Darren Dreger discusses whether the team stays the course with what they have, or look to upgrade through trades.

TSN:  Back on defence, Jets’ Byfuglien emerges as All-Star.  Dennis pens this post about #33 and what kind of impact he has had on this team.

TSN:  Strong Jets team could still improve forward depth.  Yost discusses who the Jets could add to the team for a minimal cost as they look to improve their playoff position.

TSN 1290 Winnipeg:  The Rona Roundtable (audio).  Former Assistant GM of the Toronto Maple Leafs Bill Watters joined Rick to discuss the Jets, the five game win streak, a possible trade and their most significant accomplishment of the season to date.  Always a great listen.