AHL Affiliate News: It’s been snow going for the IceCaps.

Winnipeg Free Press:  Well done, Wellwood.  I like what Wellwood has brought to the table so far.  The much maligned forward has put forth an excellent effort almost every night and has 5 goals and 4 assists in 11 games.

Winnipeg Free Press:  Highlight reel.  Unlike the Jets 1.0, these Jets got the call in the 3rd period.  Many years of having calls go against the Jets 1.0 had me expecting the league to call off Evander Kane’s goal as a result of a high stick.

Winnipeg Free Press:  It’s buyer beware in Avery’s instance.  With the Stars on the hook for 50% of his salary and the Rangers paying 25%, any team who wants to take a chance on claiming him (Rangers put him on recall waivers) would only be out 25% of his 4 million dollar salary.  Doesn’t sound like the Jets will be taking that chance however.

Winnipeg Sun:  Wellwood rises to occasion.  He is a cerebral guy off the ice but is showing that he is an equally deep thinker on it as well.

Winnipeg Sun:  Jets snapshots – providing an exciting brand.  Everything from the Jets game last night, to coach Noel’s victory on his bday to the play of Jets goalie Pavelec and many more thoughts including use of Stapleton in shootout. 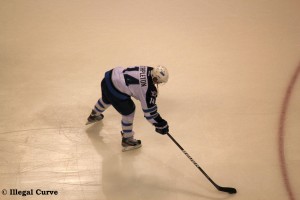 The Telegram:  It’s been snow going for the IceCaps.  Ah the joys of minor league hockey.  The peril of riding the bus in the sometimes unpredictable East coast fall weather was realized as the IceCaps made their way to Rhode Island.