Note:  According to George Richards of Miami Herald tonight’s starting goalie for the Panthers is Jose Theodore.

Winnipeg Free Press:  Noel sees good things.  One thing you have to say about the Jets coach, he is definitely an optimist.

CBC:  Pavelec gives Jets upper hand in Florida.  Always difficult to compare this season to last, considering teams usually have a number of different players in the organization.

Winnipeg Sun:  Jets a work in progress.  The ‘strength’ of this team (the back end) hasn’t been consistent and the team’s expected lack of scoring punch (aside from the Philly game) hasn’t helped matters.

Winnipeg Sun:  Coach Noel gives team day off.  A day of fun in the sun might be just the thing to allow the guys to recharge the batteries after some close games.

Winnipeg Sun:  Noel moves to help Burmistrov consider ‘next challenge’.  It can’t always be sunshine and lollipops, even with a player of Burmistrov’s obvious talent.  Even he will need a timeout or two from the coach.

Globe and Mail:  Sputtering Jets look to reassess objectives.  With the exception of the home opener in Montreal and the game against the Coyotes the Jets have battled in every game they have played and have been a bounce or two away from perhaps having a winning record.

The Flint Journal:  Lapeer native, Winnipeg Jets center Jim Slater tied for team lead with four goals.  His ability to win faceoffs and battle in the corners is a big part of why the GST line has the trust of coach Noel.

Sportingnews:  Latest realignment plan ‘gaining steam’.  As discussed on the CBC’s Hockey Night in Canada by Elliote Friedman, the Jets would play in a slightly modified central division, without any other Canadian teams.  How would you feel about that? 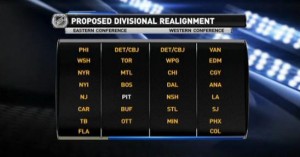 Sportsnet:  World Junior power rankings.  Scheifele fans should be happy he is listed on the hot list.

Globe and Mail:  Winning hockey and $4 tickets bring Florida fans out.  It might be cheaper (and definitely warmer) to fly to Florida to see the Jets play the Panthers, then it would be to buy tickets to see them in Winnipeg.

Florida Sun-Sentinel:  Panthers Kulikov coming of age.  The Jets won’t want to give away too many power plays against this young Russian and his 5th ranked power play unit.

Miami Herald:  Florida Panthers’ Jose Theodore guides Jacob Markstrom.  I watched him play the Senators and he was lights out.

NBC Sports:  Show up in Halloween costume, see Panthers for free.  Truth is that when you are up against a holiday like Halloween on a Monday night, you need to do whatever you can to lure the fans to the stadium in this market.

NHL.com:  Ramsay ready for ’emotional’ matchup.  He is well liked/respected, both around the league and by members of the current Jets team.