Winnipeg Free Press:  Confusion corner mishaps dings Jets.  Despite missing out on 2 points, coach Noel seems happier with his team’s effort in this 1-0 loss, than he was in their 9-8 win.

Winnipeg Sun:  Jets snapshots – shooting blanks.  A number of different aspects of the game are broken down, with some trivia thrown in for good measure.

Winnipeg Sun:  Jets shut out in loss.  Right now this team is trying to figure out how they’ve scored 17 goals in 9 games and 9 goals in 1 game.  A positive was Jets goalie Pavelec brought his ‘A’ game and aside from one miscue, was brilliant. 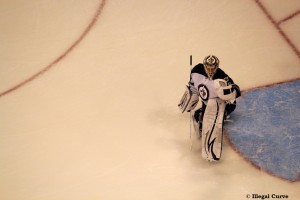 Winnipeg Free Press:  Schefiele scores four points to life the Colts past Spitfires.  This kid is absolutely going to dominate the OHL this season on a much improved Barrie team.  We will have to update our 2011 Entry Draft Class stats accordingly.

Winnipeg Free Press:  Yzerman was struck by Lightning.  He had a great role model in terms of an organization (Red Wings) and GM (Ken Holland) in which to learn the ropes before he took off for sunny Florida.

Winnipeg Free Press:  Vinny makes Bolts sizzle.  He is the quintessential captain as he does a little bit of everything and leads this team by example.  He, along with Stamkos and St. Louis have made this team relevant again in the East.

Winnipeg Sun:  New owner re-charges Lightning.  The impact a new ownership group can have on a team is on display in Tampa.  When you remove owner indifference (ex. Atlanta Thrashers former owners) it is quite remarkable what can happen.